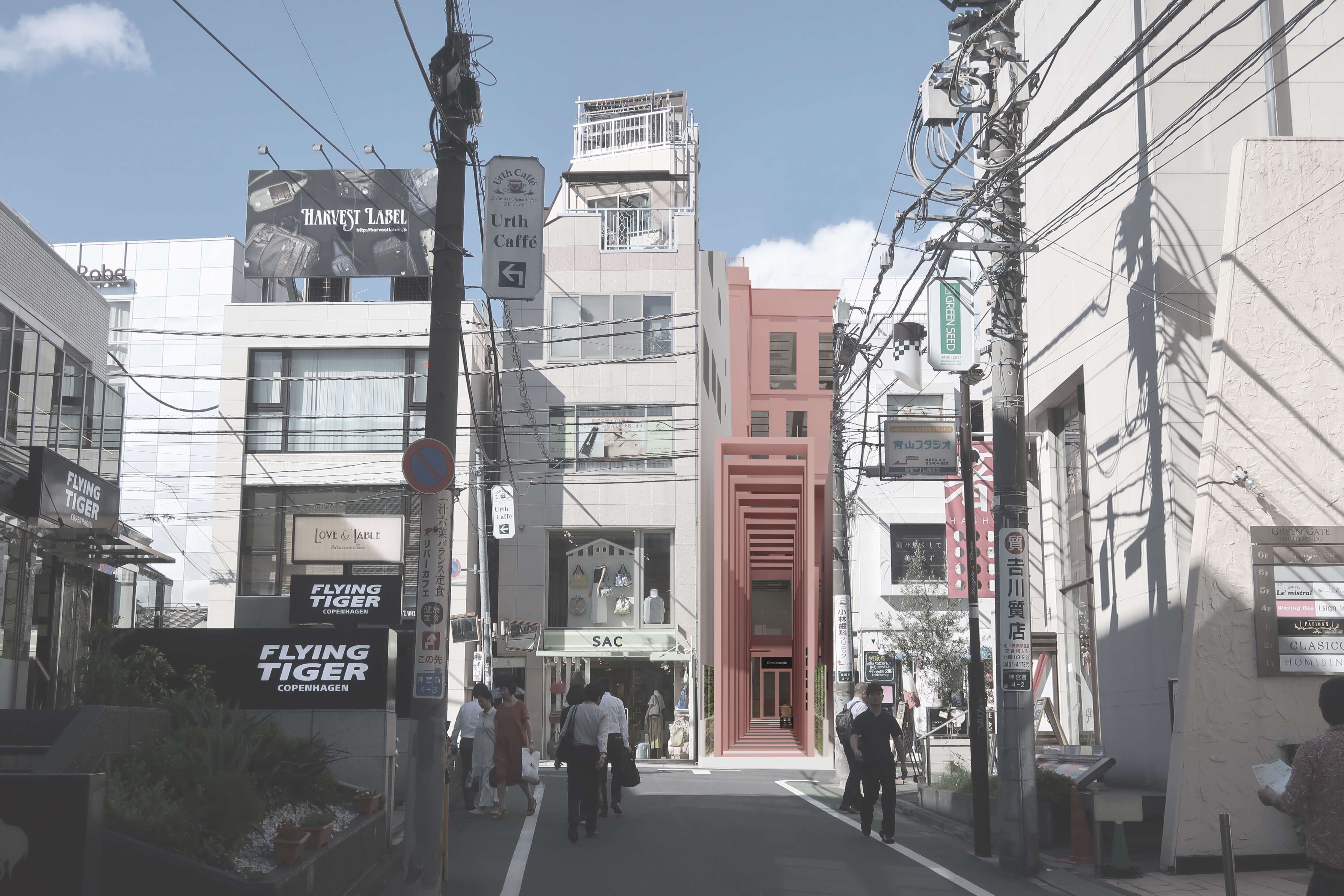 A commercial complex including shops, restaurants and offices, located in a flagpole shaped site with 2 meter width access at the end of the main street (Haranihon-street) leading from Apple Store, 5 minute-walk from Omotesando station in Tokyo.

In theory, the site should have had the sufficient width facing the front street which would have secured by getting the adjacent land, however as it was not possible, the issue of this site is how to draw traffics into a shopping complex deep inside the site from a tight limited frontage.

This site is also facing a side street which will the approach to Kita-Aoyama 3 chome Town Community Redevelopment Project where was previously Aoyama Kitamachi Public Housing, so the idea for this project is creating small passage bringing people from the main street to that redevelopment area to overcome disadvantage of its tight access to the front street.

During daytime, people can enjoy the blue sky between gates, and the light from gaps would cast the light and shadow on the floor. At night, the gates would be lighted up and become an illuminated tunnel. The gates would be built every 1m to avoid area for the gate counted as a floor area included in the total floor area ratio limitation.

There is a café at the left side in the middle of the approach, and the gate made of steel would be united with the facade of the building

On the 2nd floor, the bridge is built between two separated buildings. While it could keep the openness of the passage towards the adjacent open space, give 2 rental options; to rent the whole floor as an office or separate the floor into 2 sections for shops.

3rd to 5th floor will be used as offices. With the height restriction, the building façade is set back. The space created by this set back will be used for HVAC external units and kitchen extractor machine, and also as a terrace which is connected to the office space.

The colour of the passage gates and the building façade is unified with coral colour and tried to make a feminine atmosphere for the female customers.

As the colour of the gate is as same as the building volume behind, the building at the back can be recognized as a part of the gates when people see the passage entrance.

The façade is dividing each floor by horizontal slabs, and the façade panels have almost the same width as the gate and create the openings accordingly.

For the redevelopment of Kita-Aoyama 3 chome, 3500 m2 forest is planned addition to residence and the shopping centre. This little passage leading to that forest from Omotesando would become a small pilgrim’s passage and make lively atmosphere in this area. 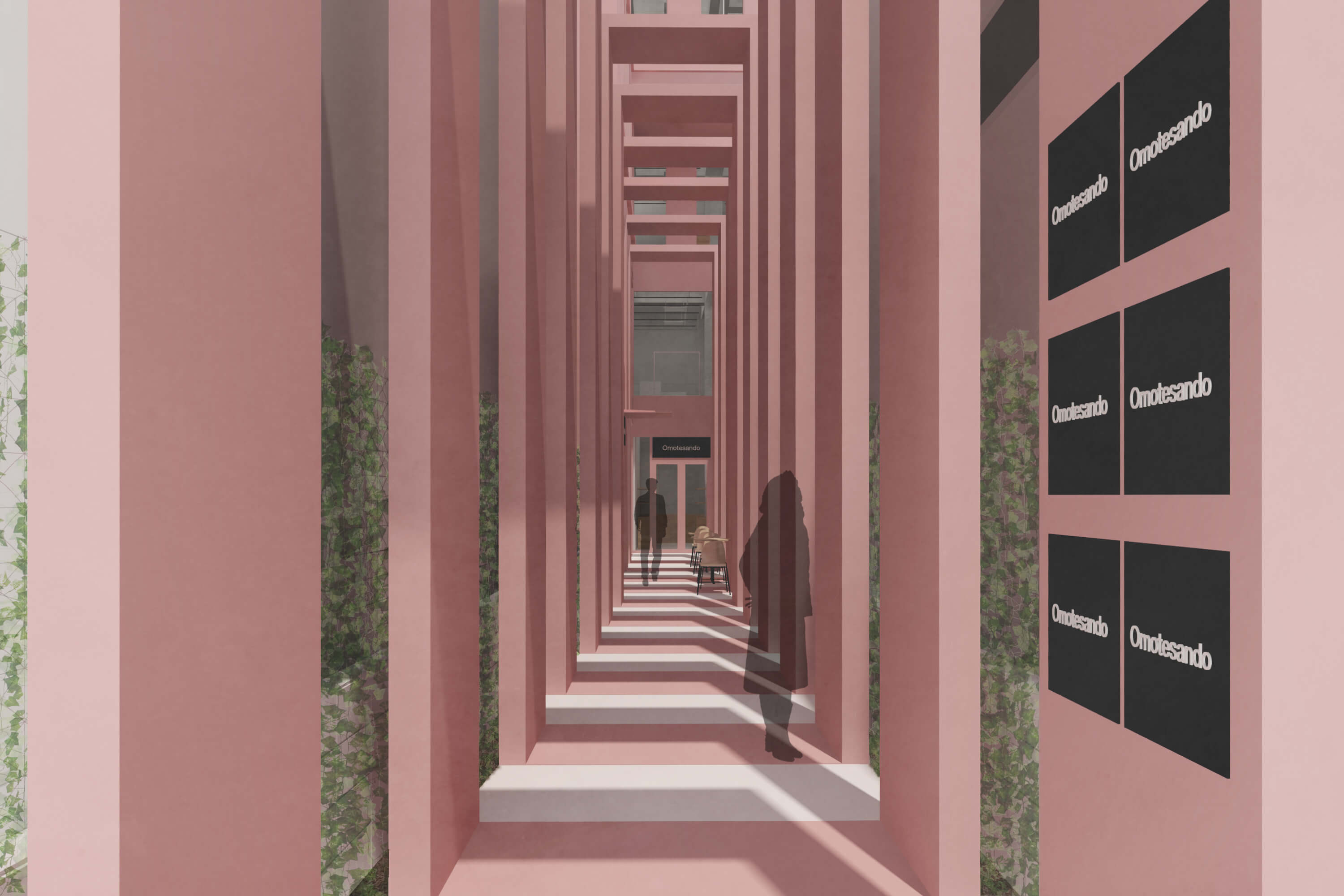 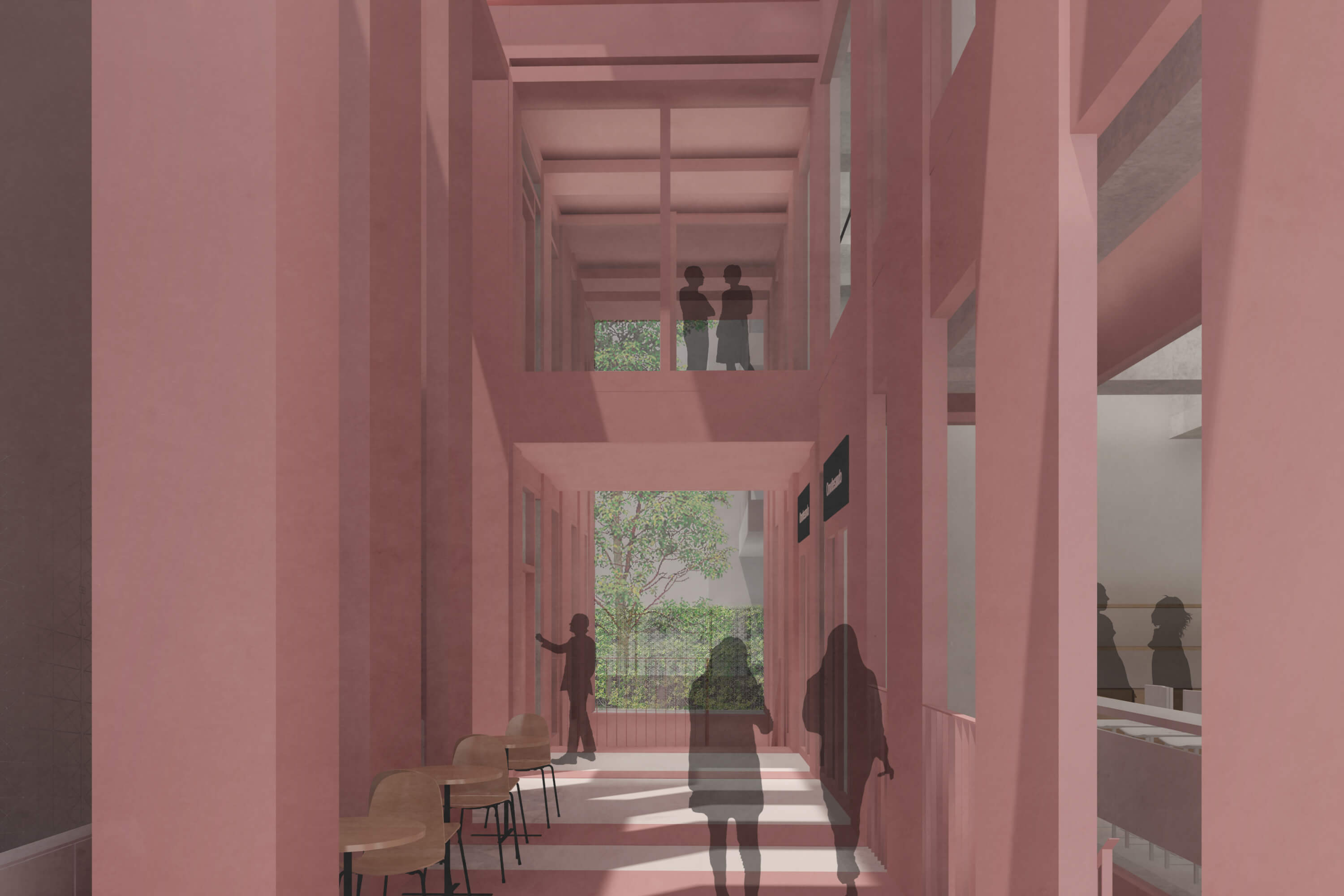 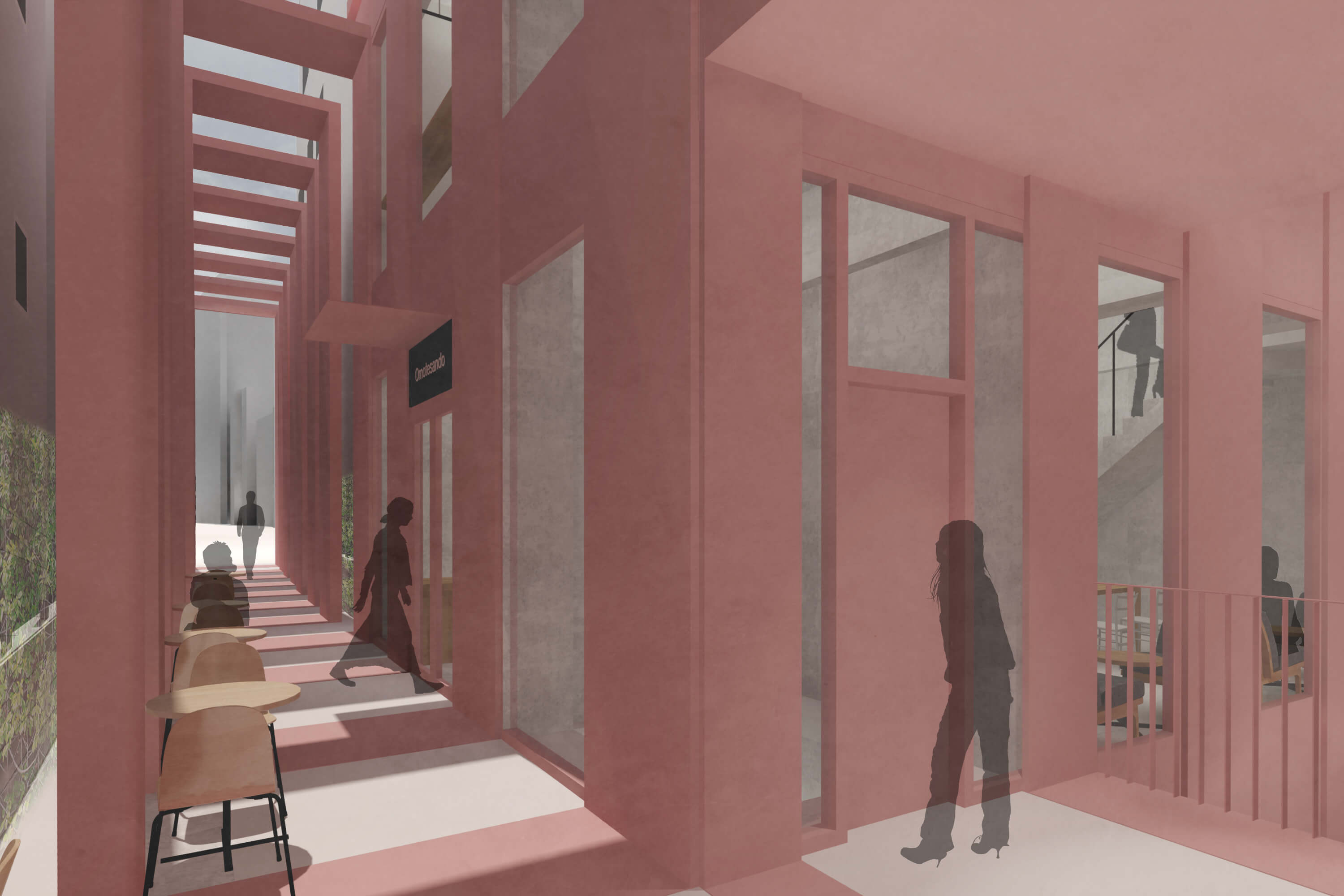 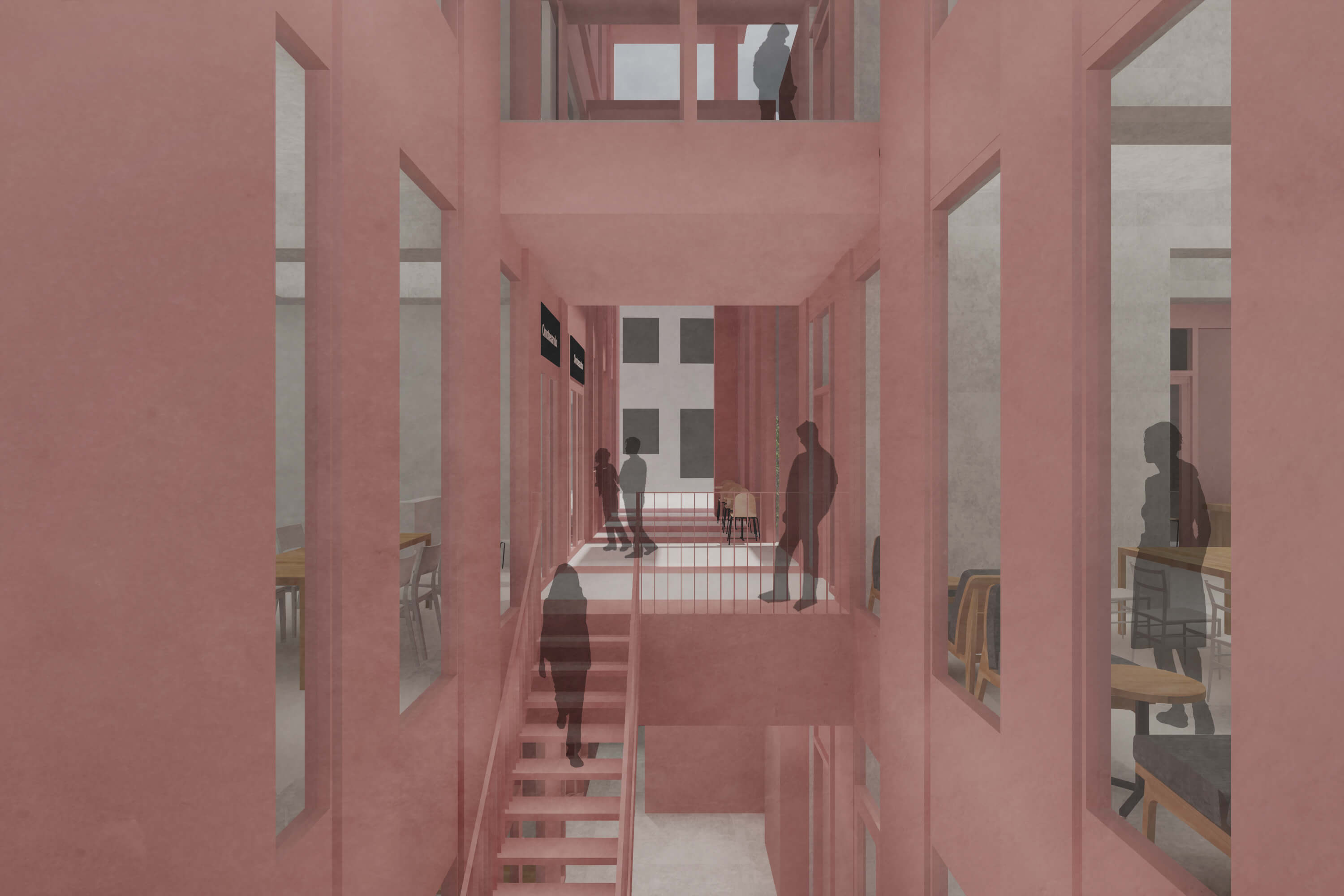 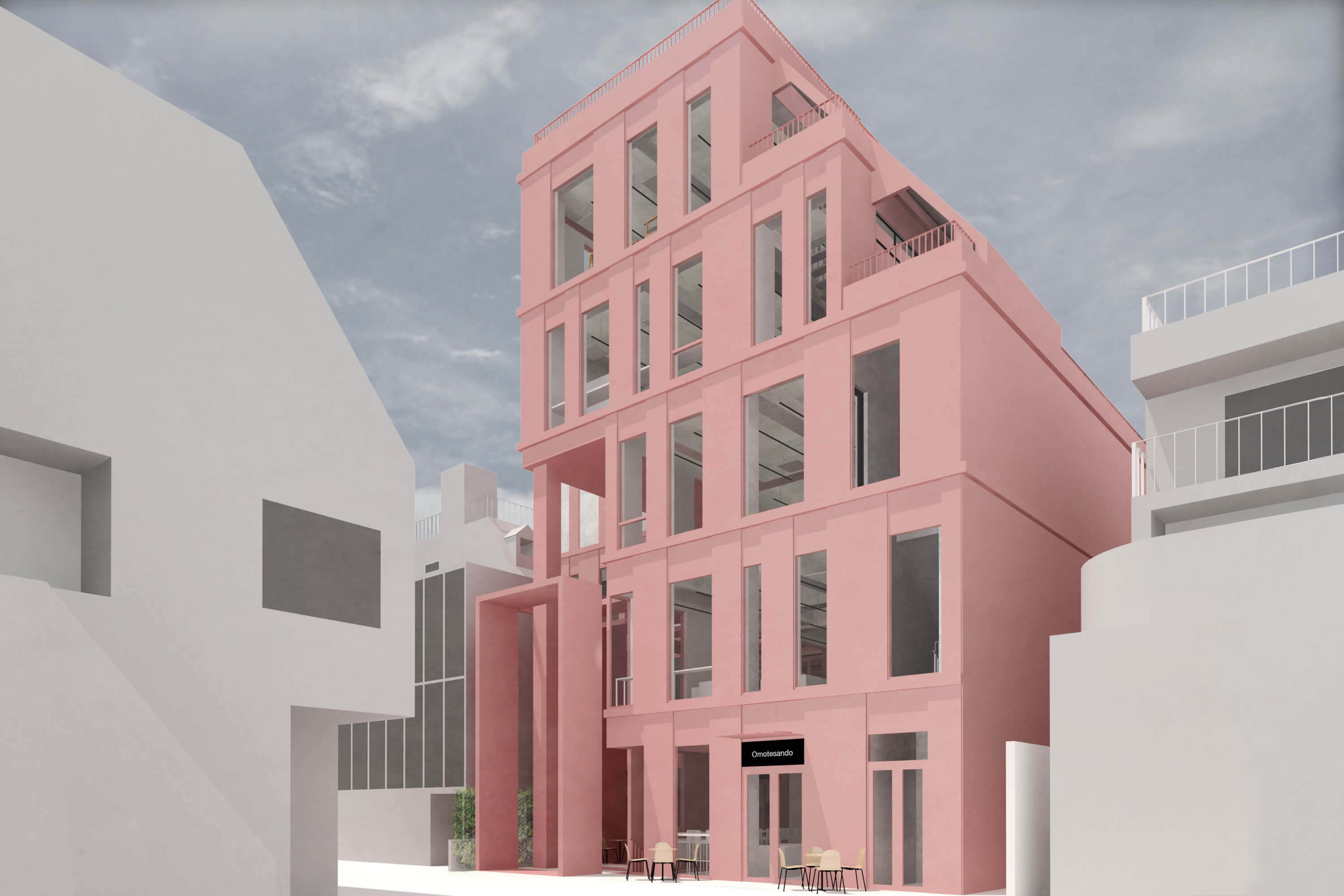 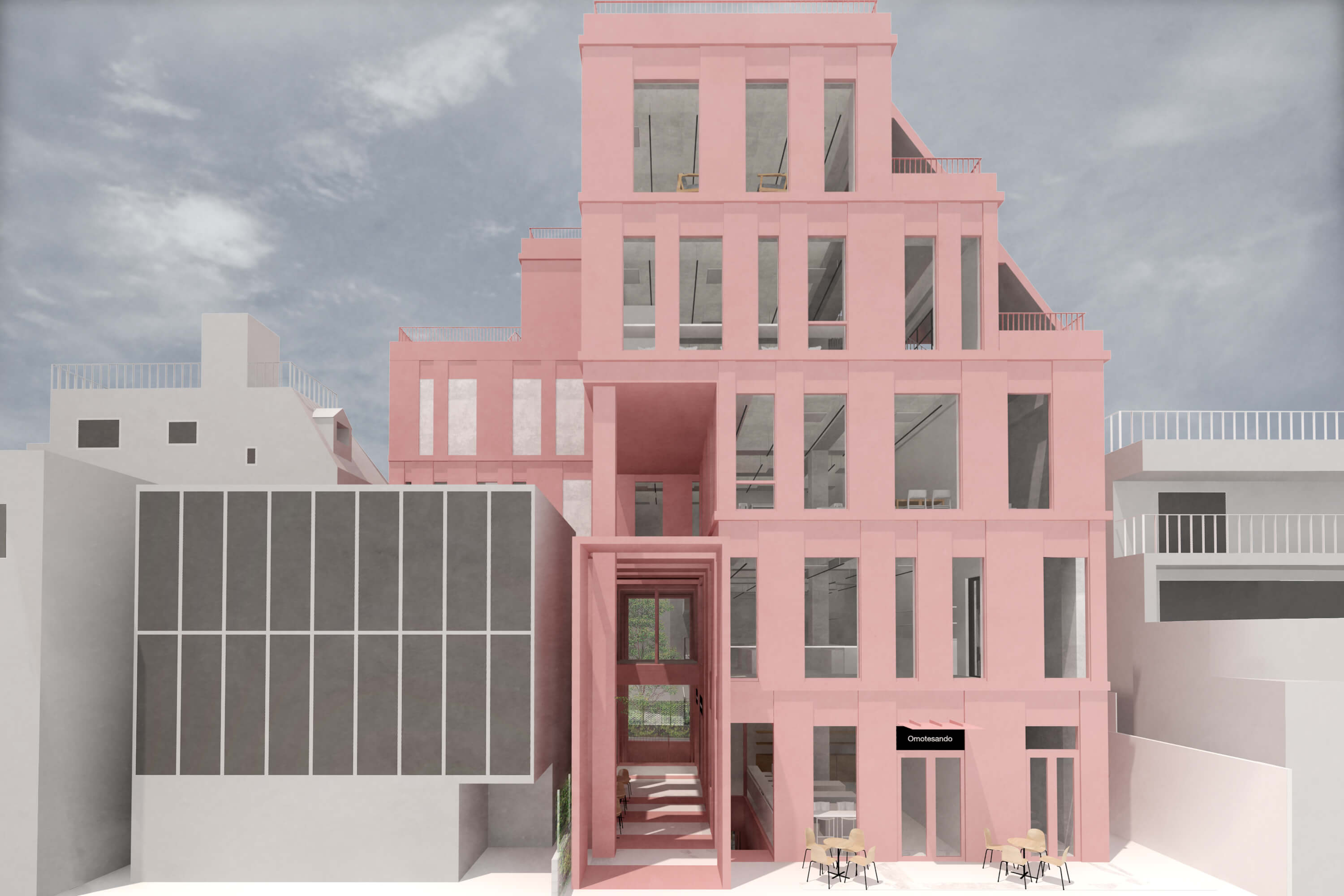 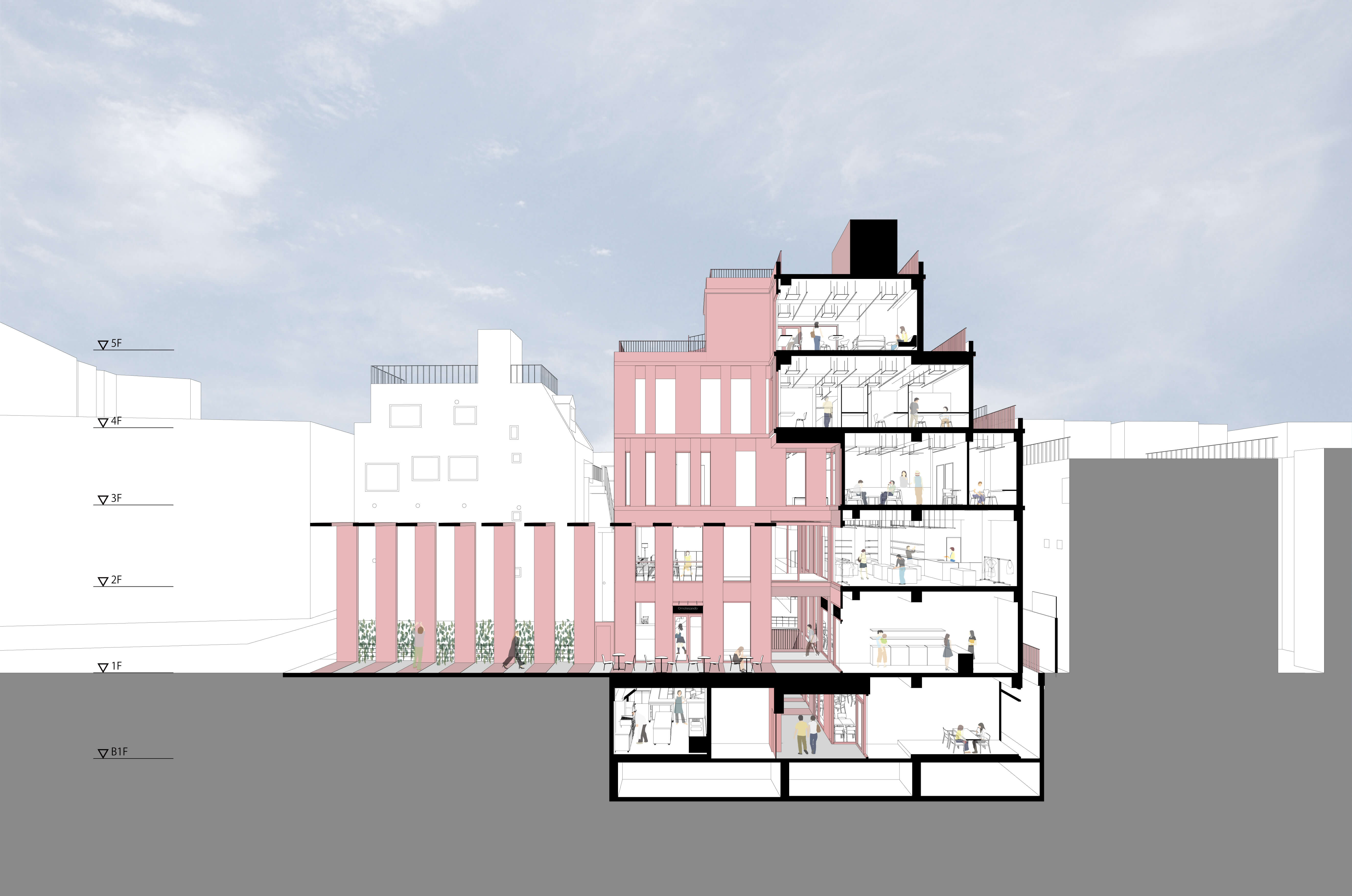 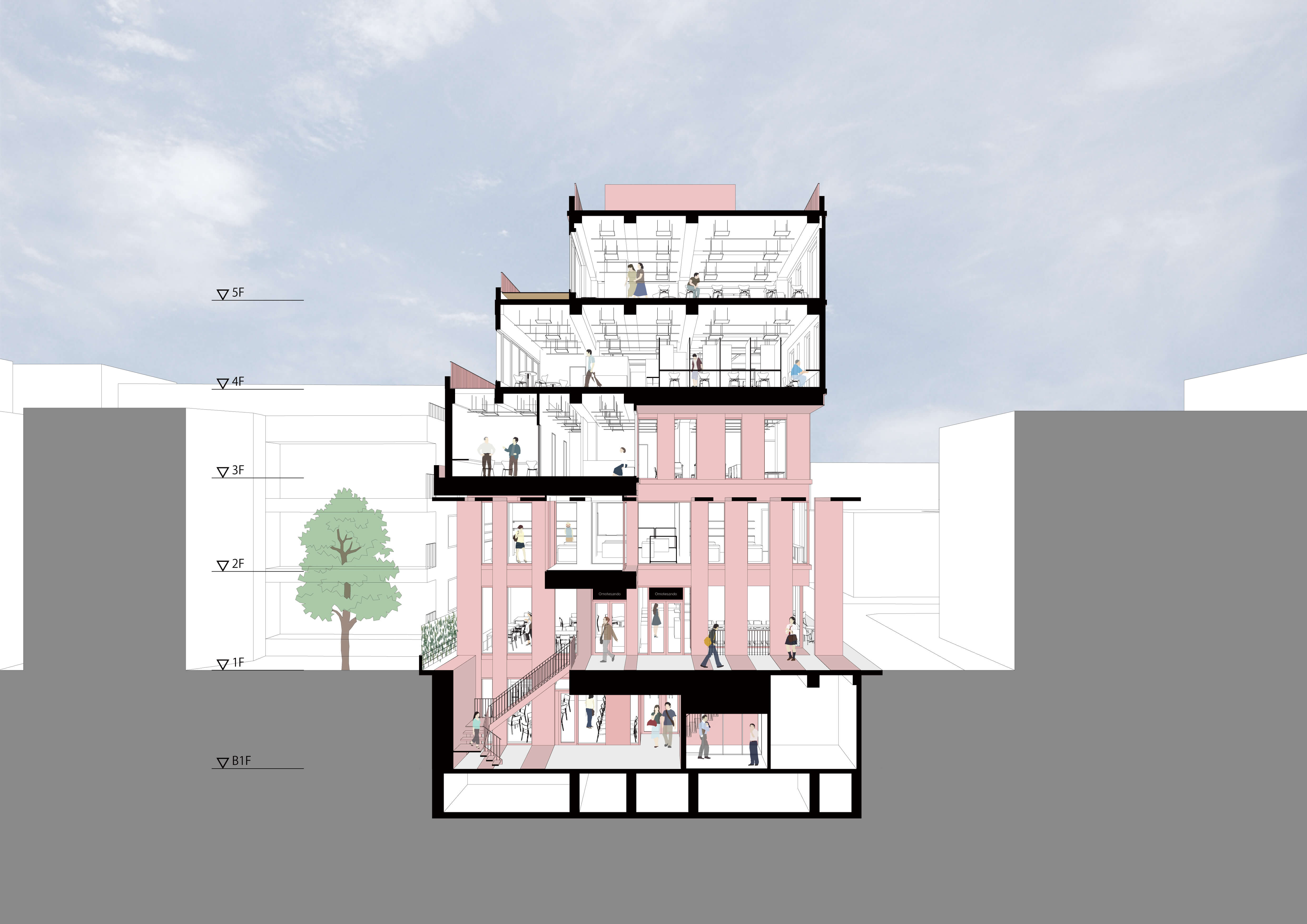 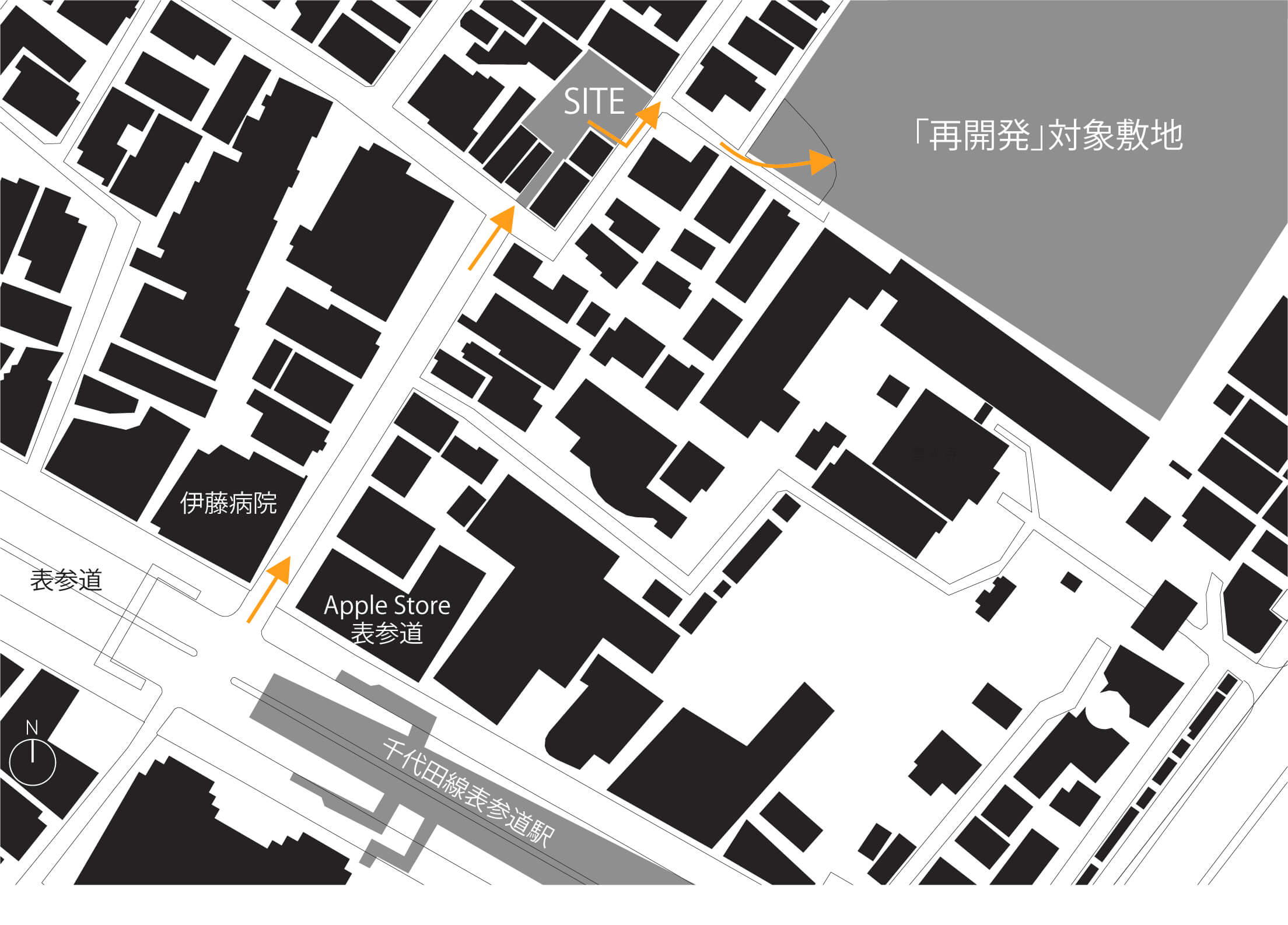 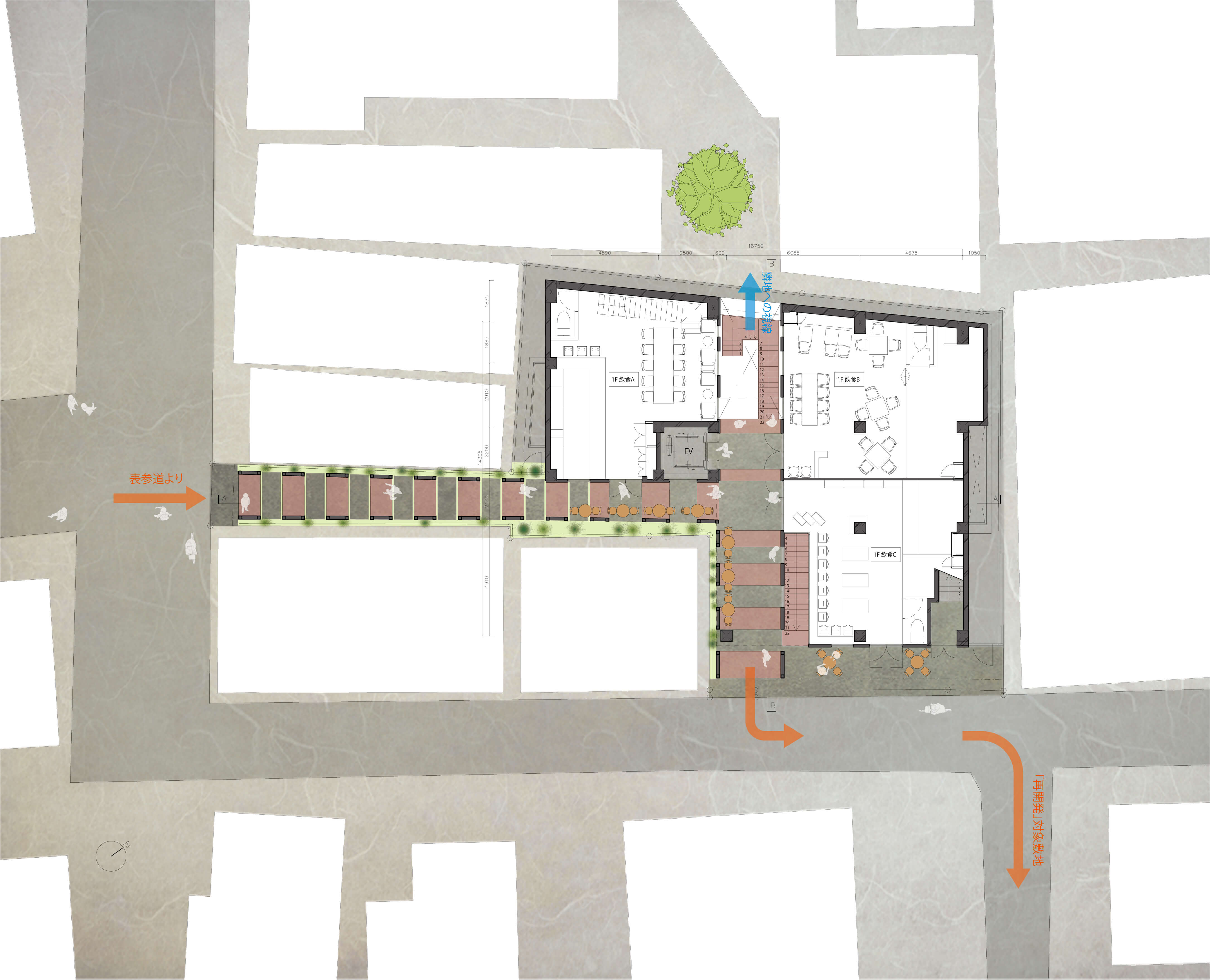 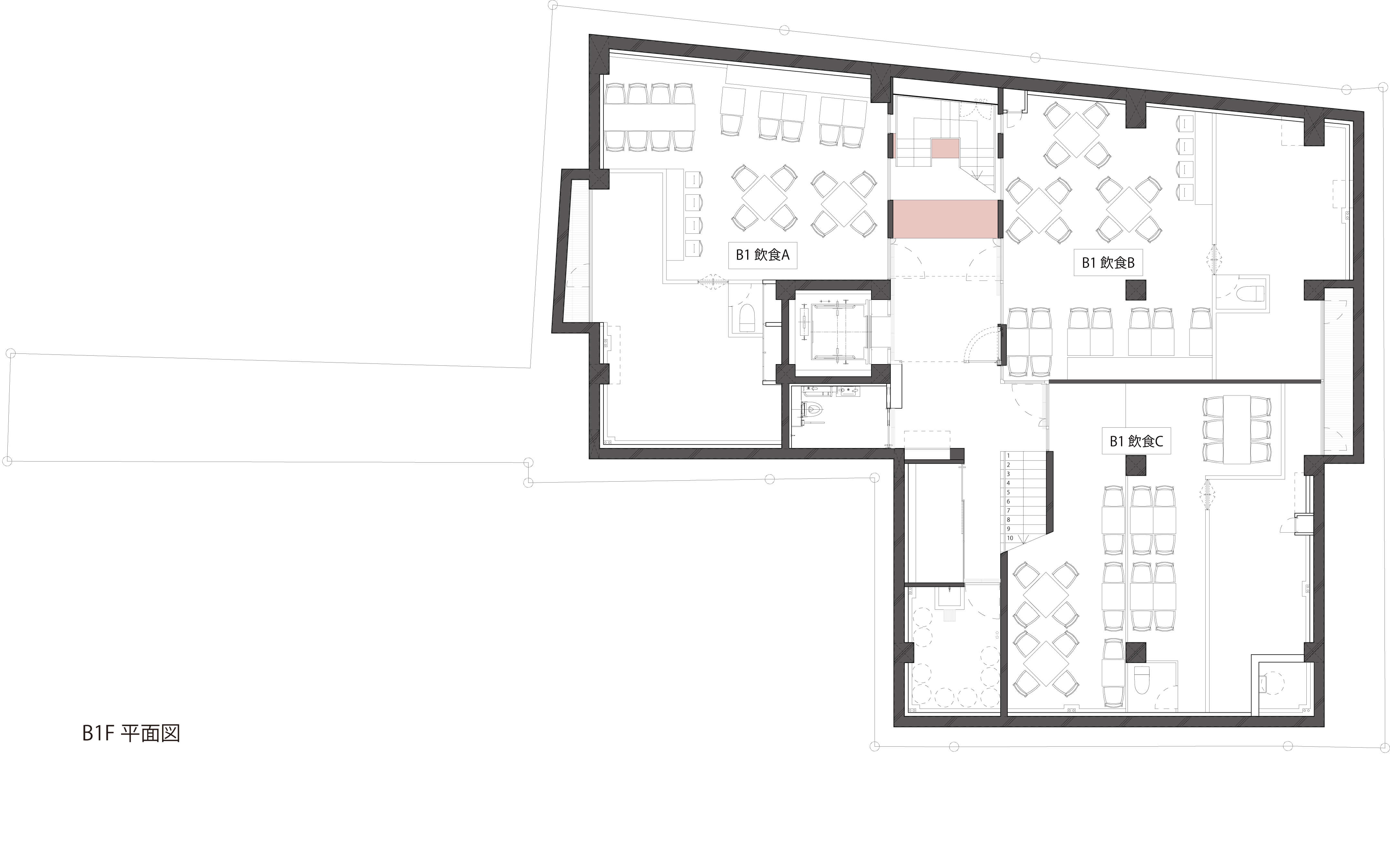 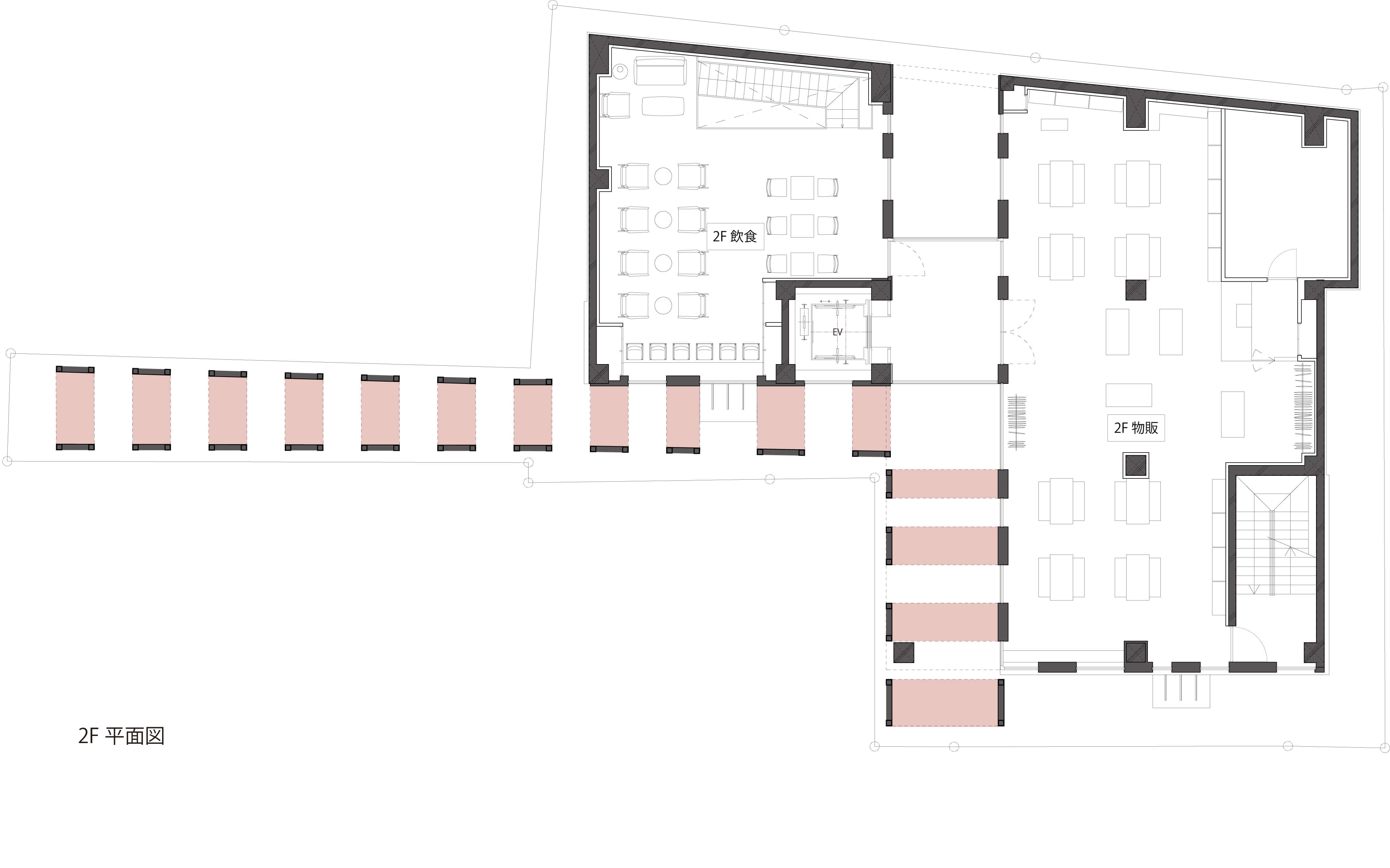 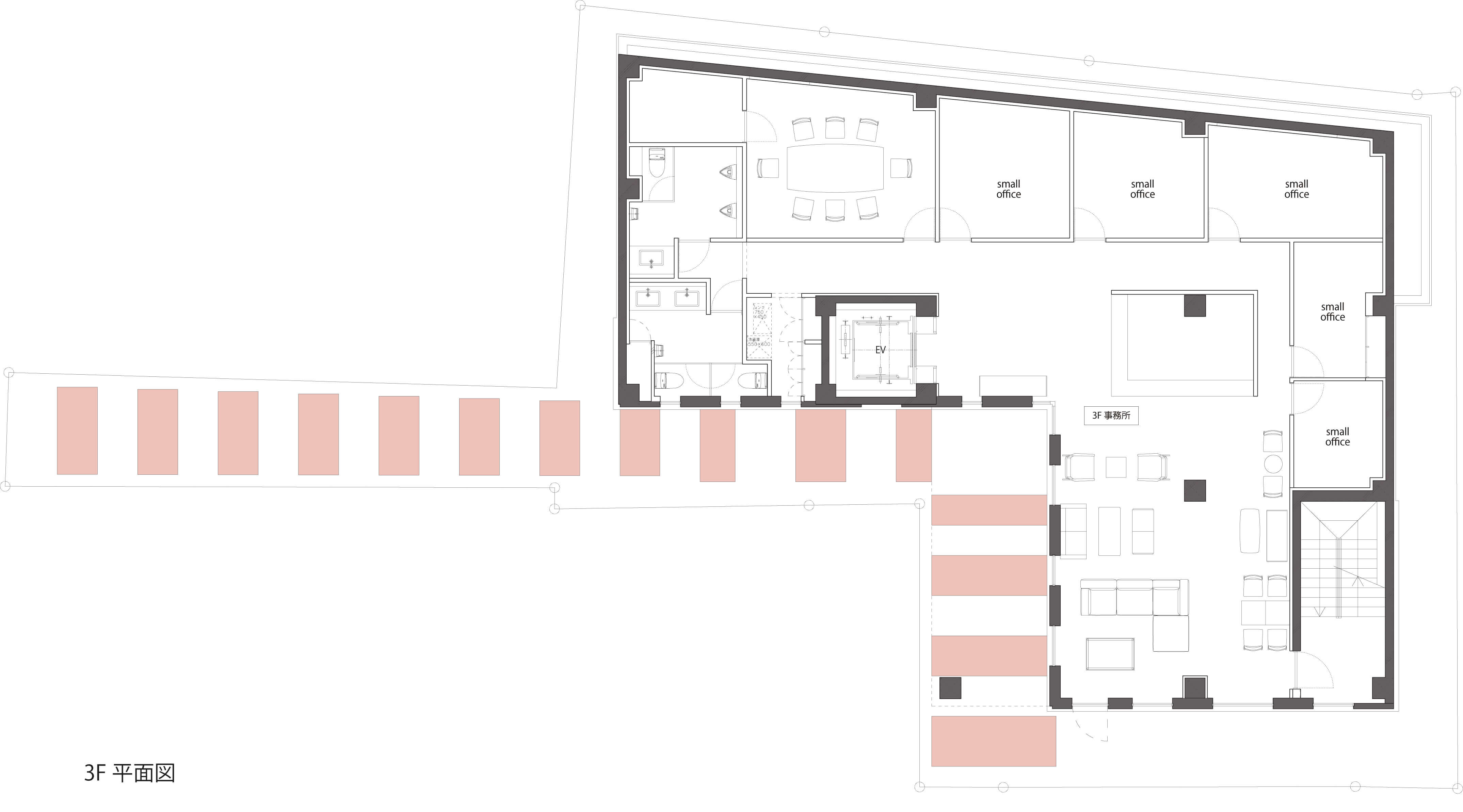 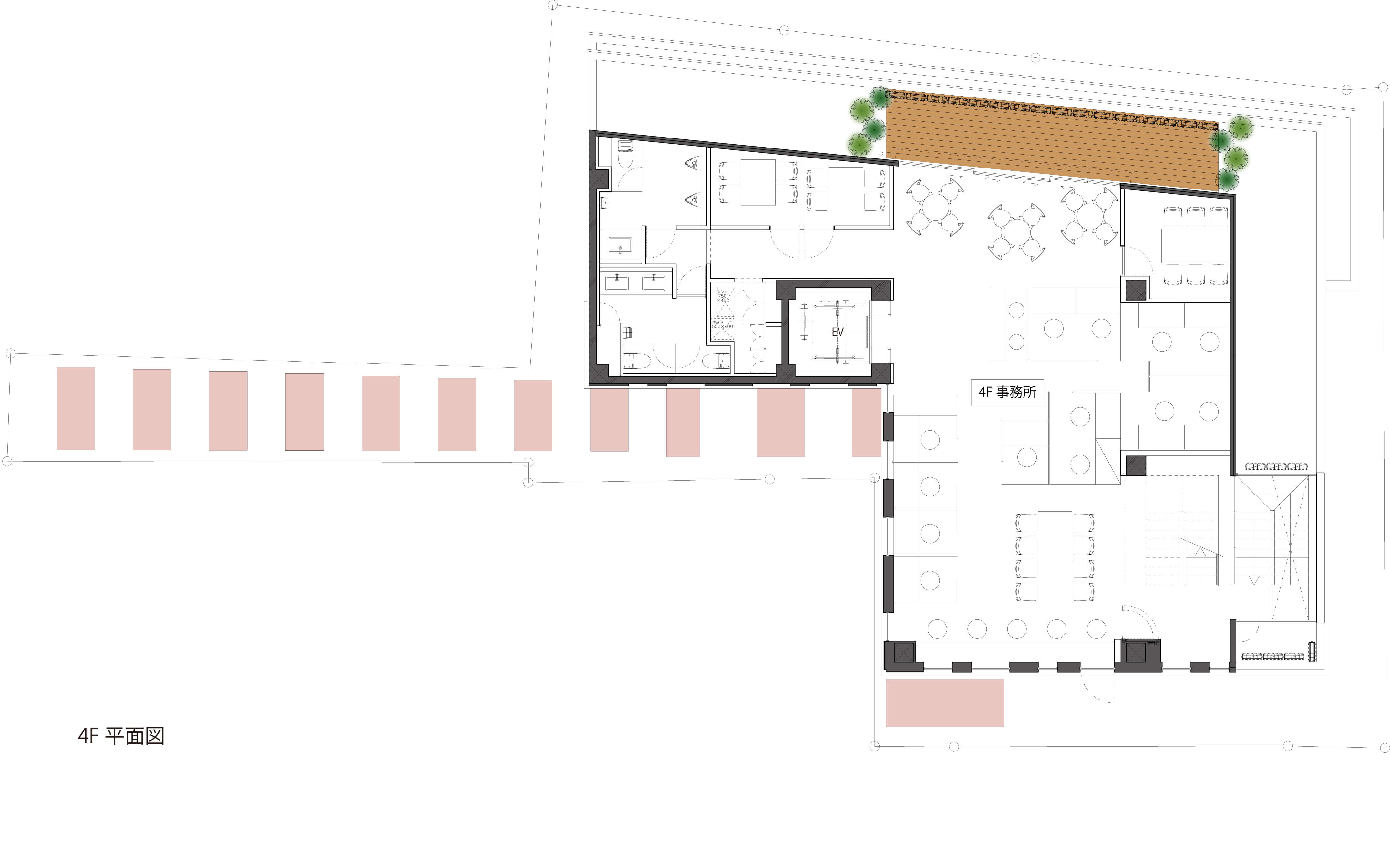 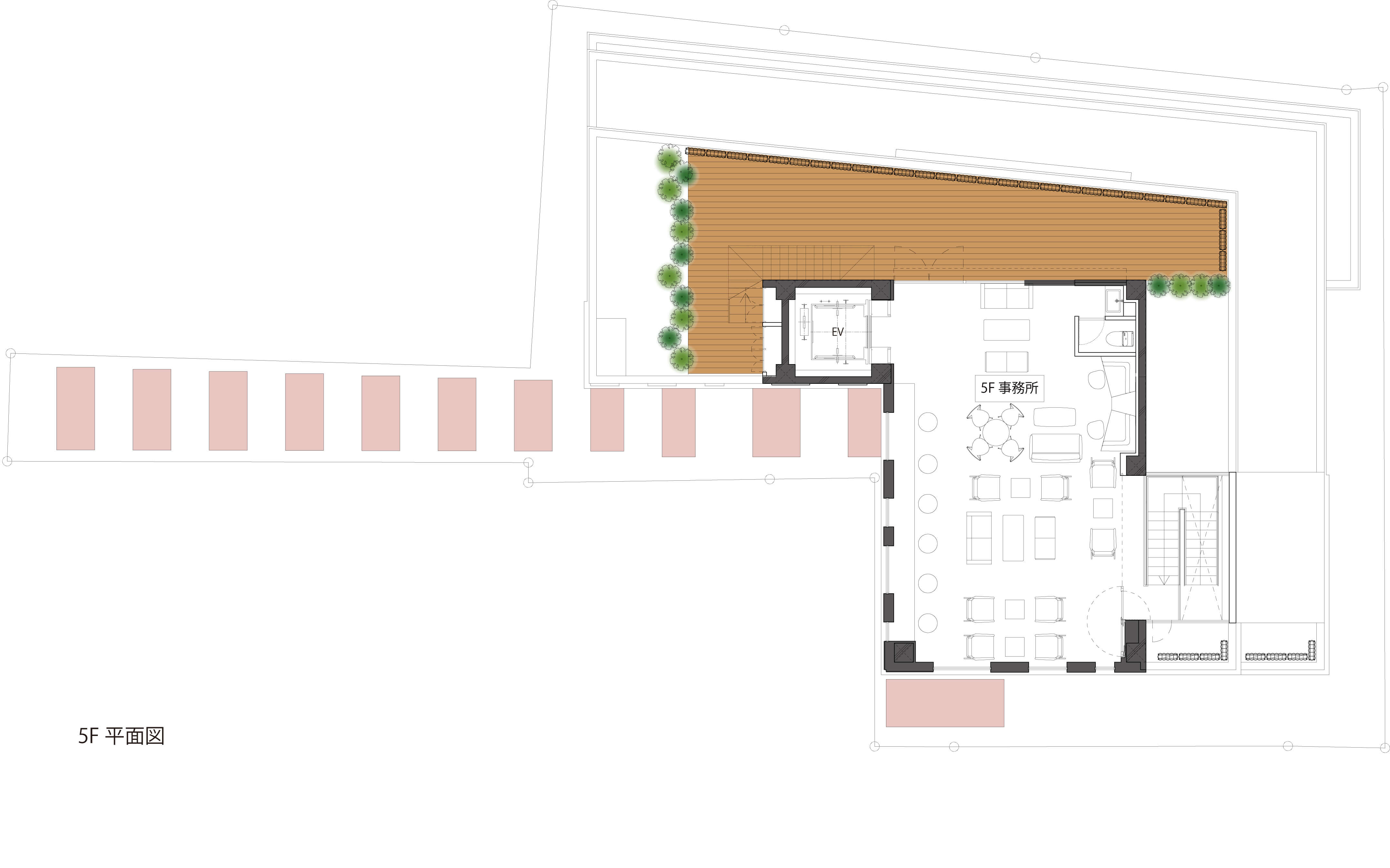 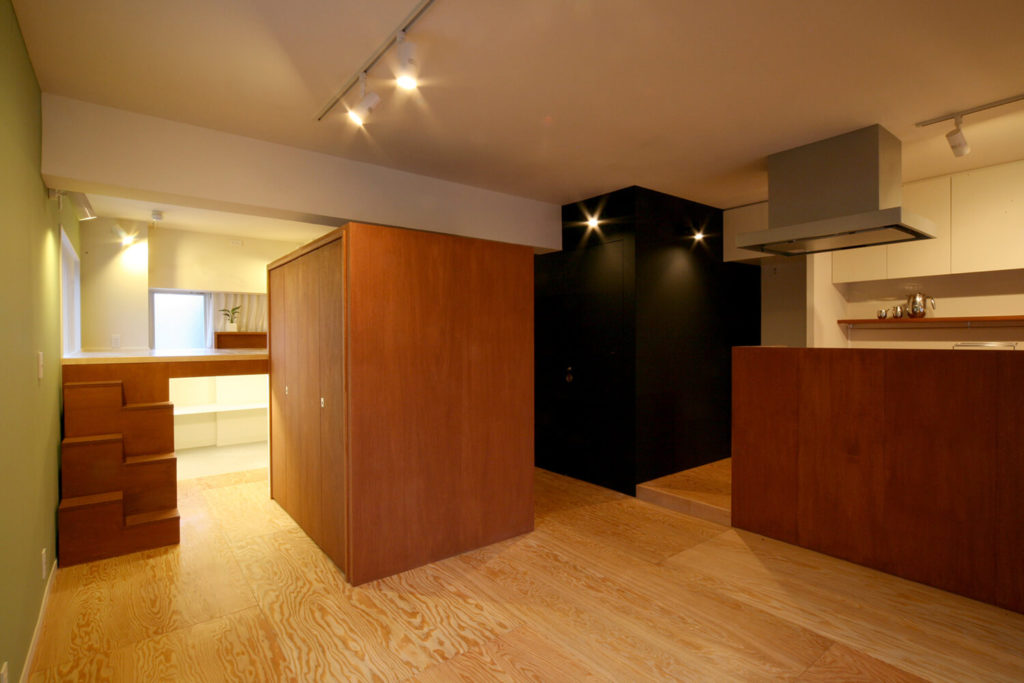 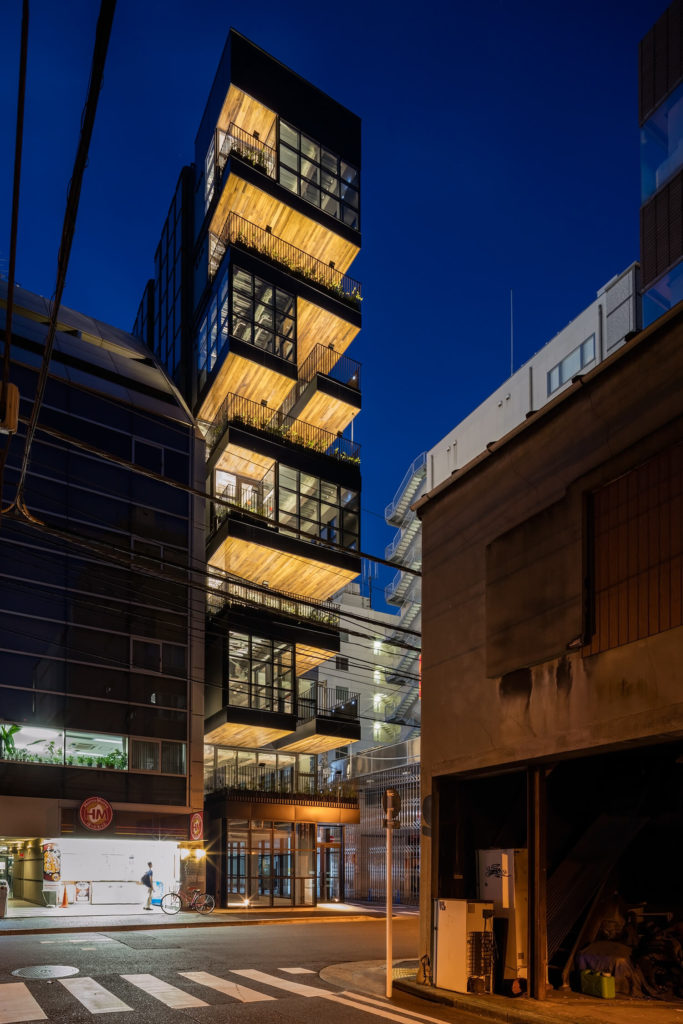 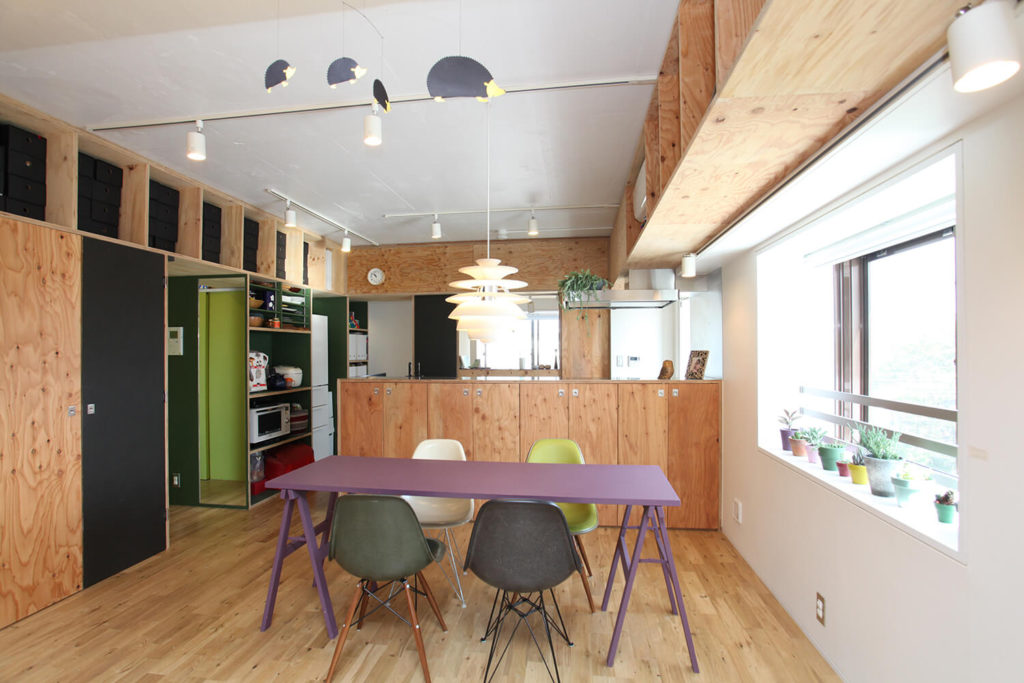