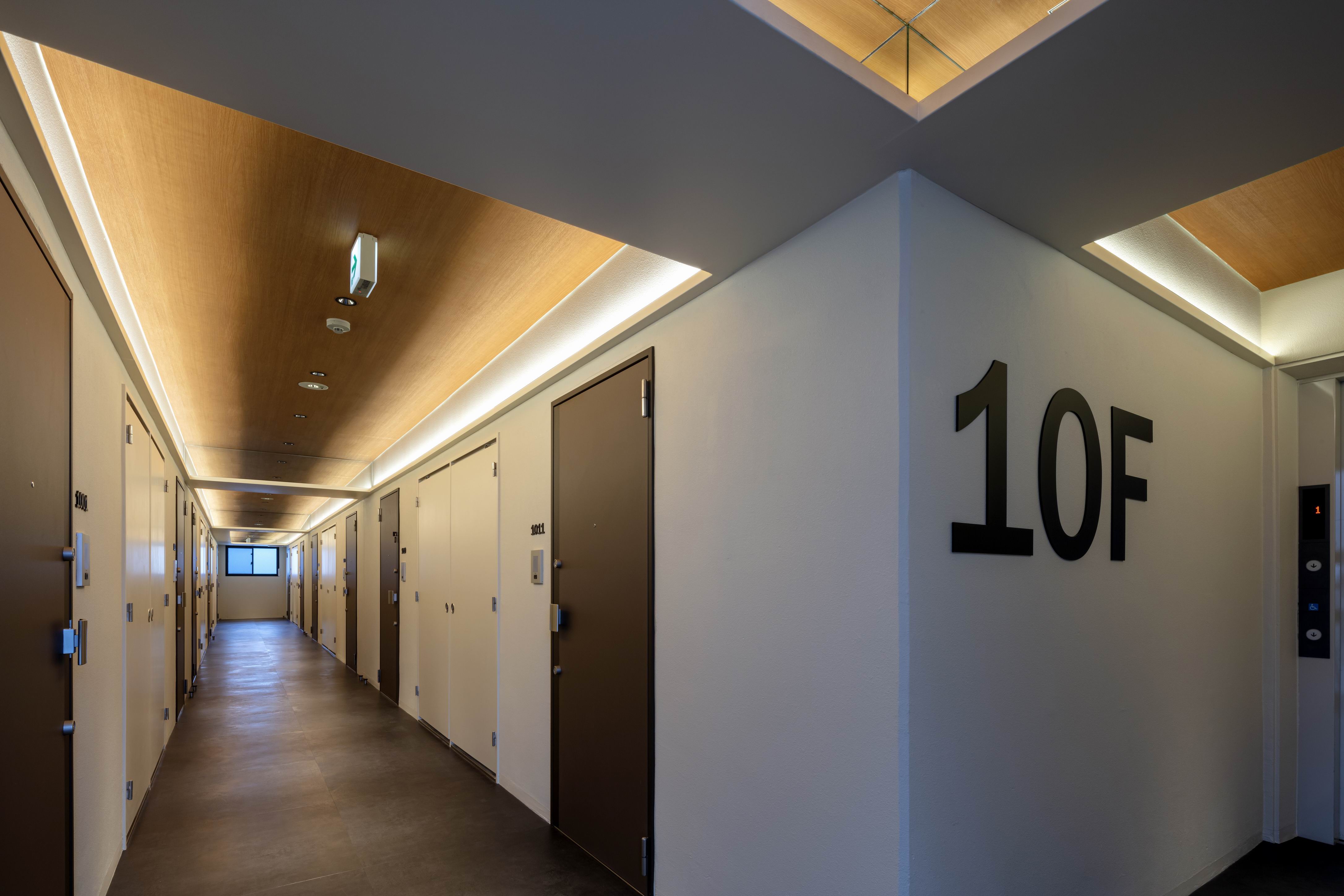 This rental apartment which is located in Tennoji, Osaka, was constructed in 2007 and renovated the common use space. The 10-story apartment consisting of 99 units was arranged the common use space in the central corridor and it feels dark even during the daytime. The corridor is newly renovated in a modern style because it was an outdated image compare to the entrance hall. As the effective width of the corridor was very limited to the dimension required by law, any additional cladding was not able to be added. Only painting was applied on the wall surface, primarily the ceiling surface was improved. The 5 beam forms stand out in the corridor. The space above the beam connects seamlessly by setting the mirror on the side of the beam. The wooden ceiling with cove lighting creates a space with cozy atmosphere and builds a sense of openness. 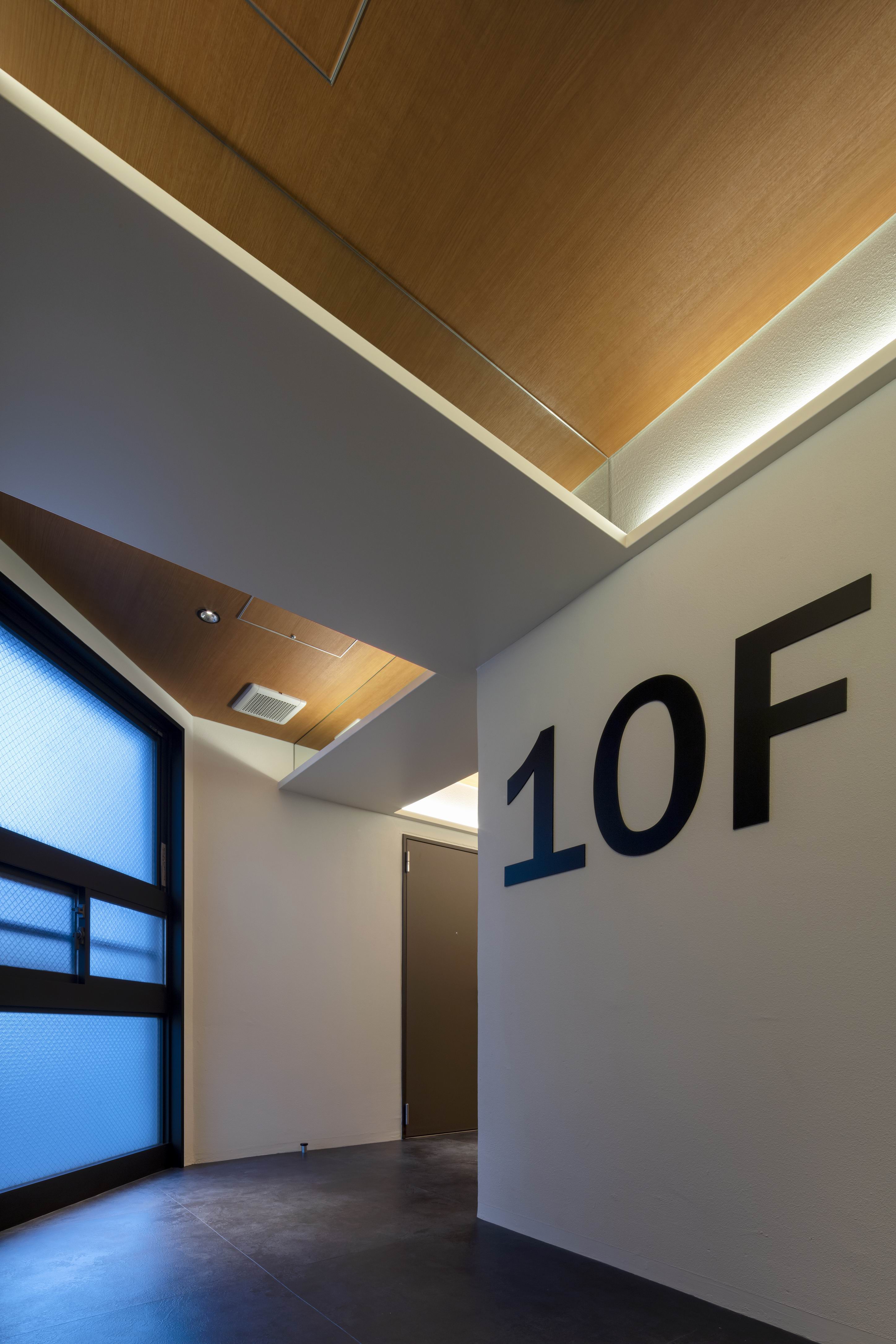 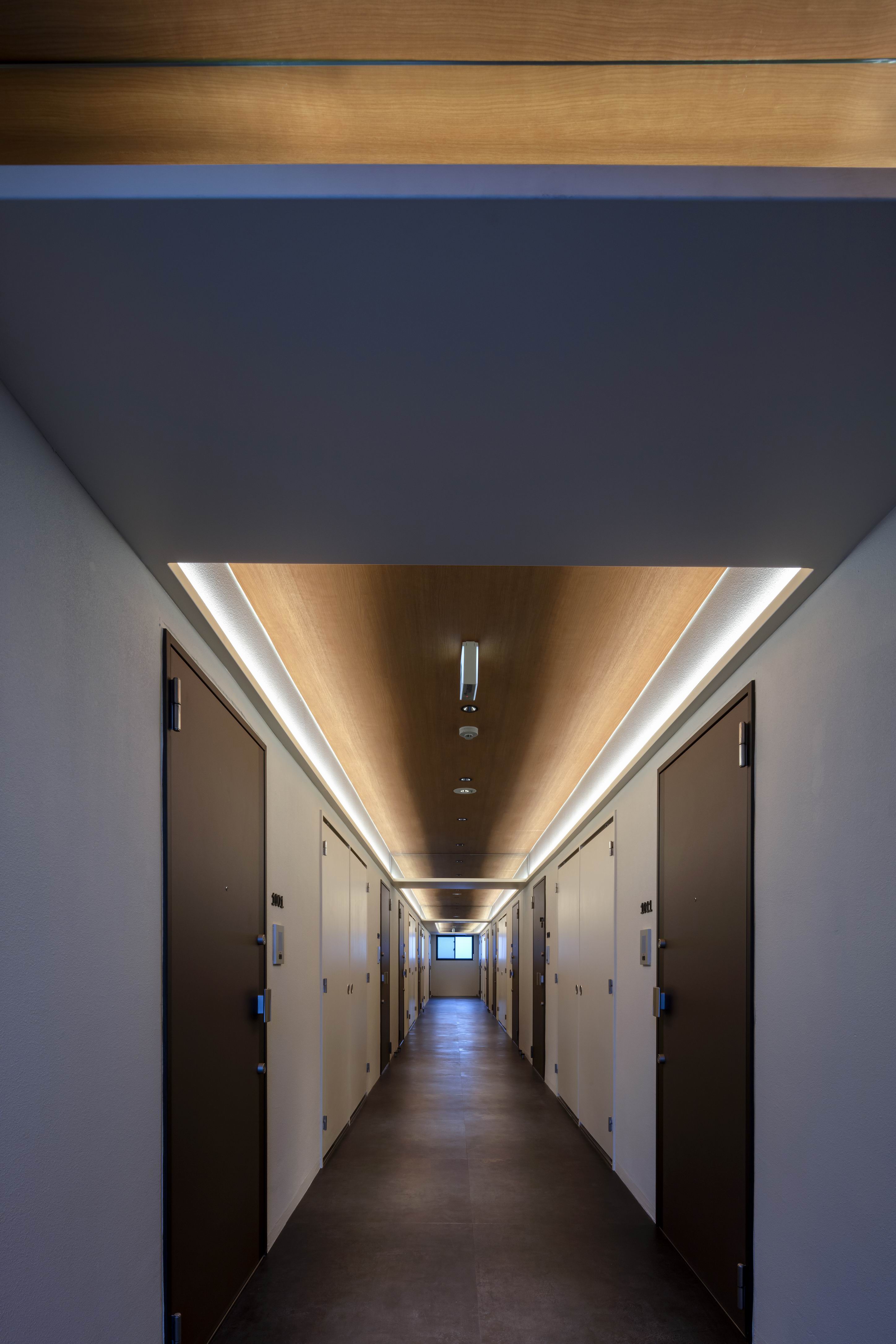 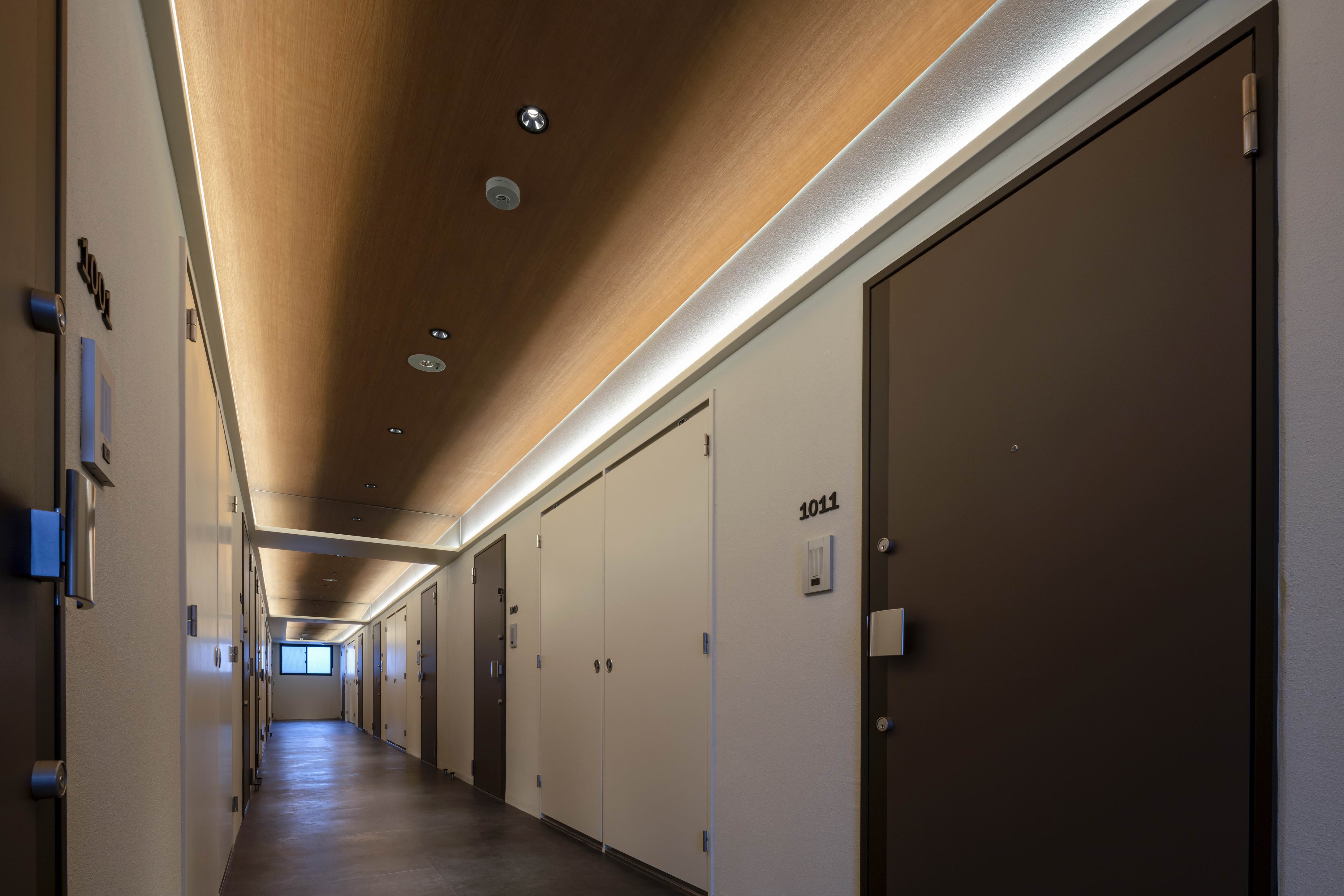 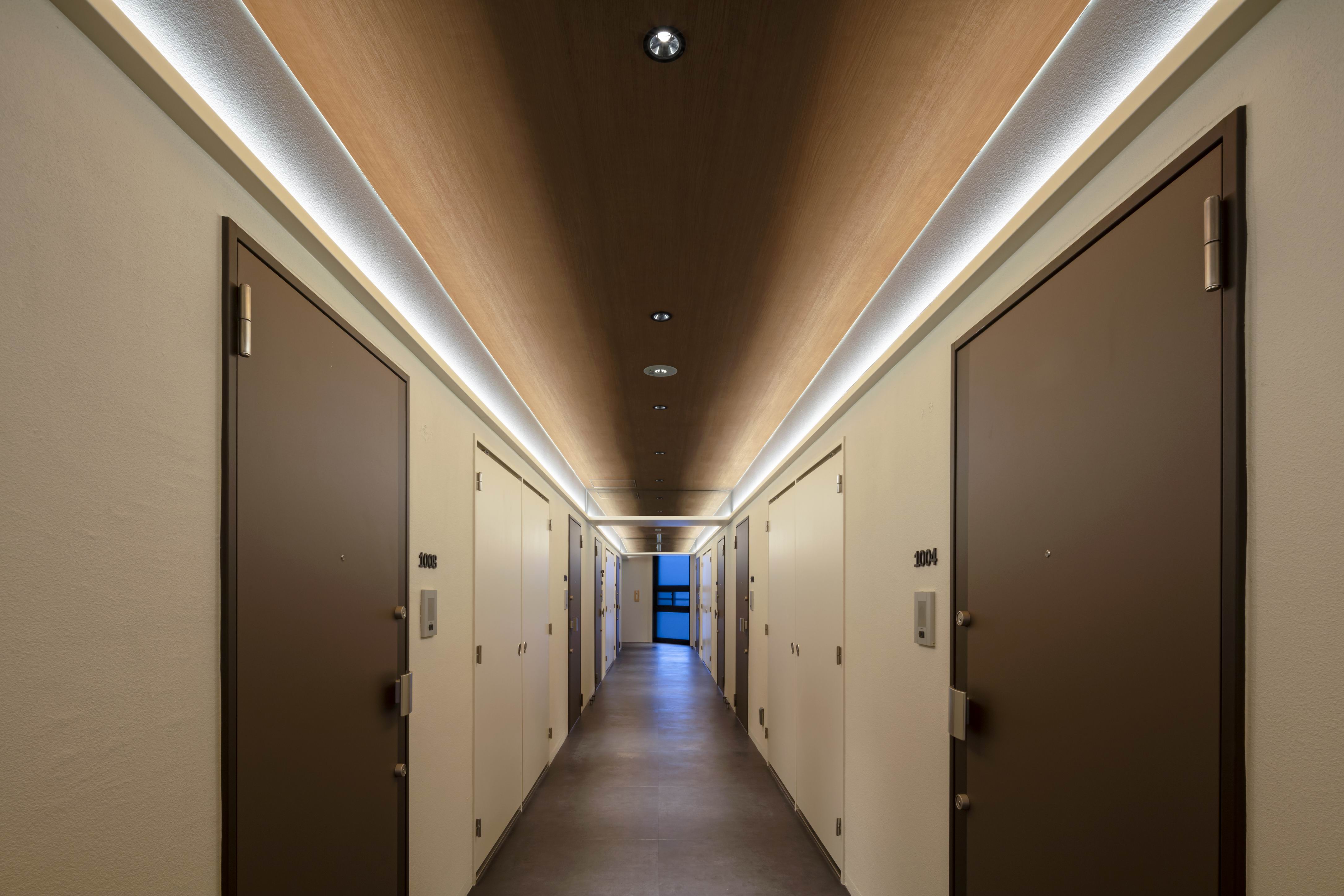 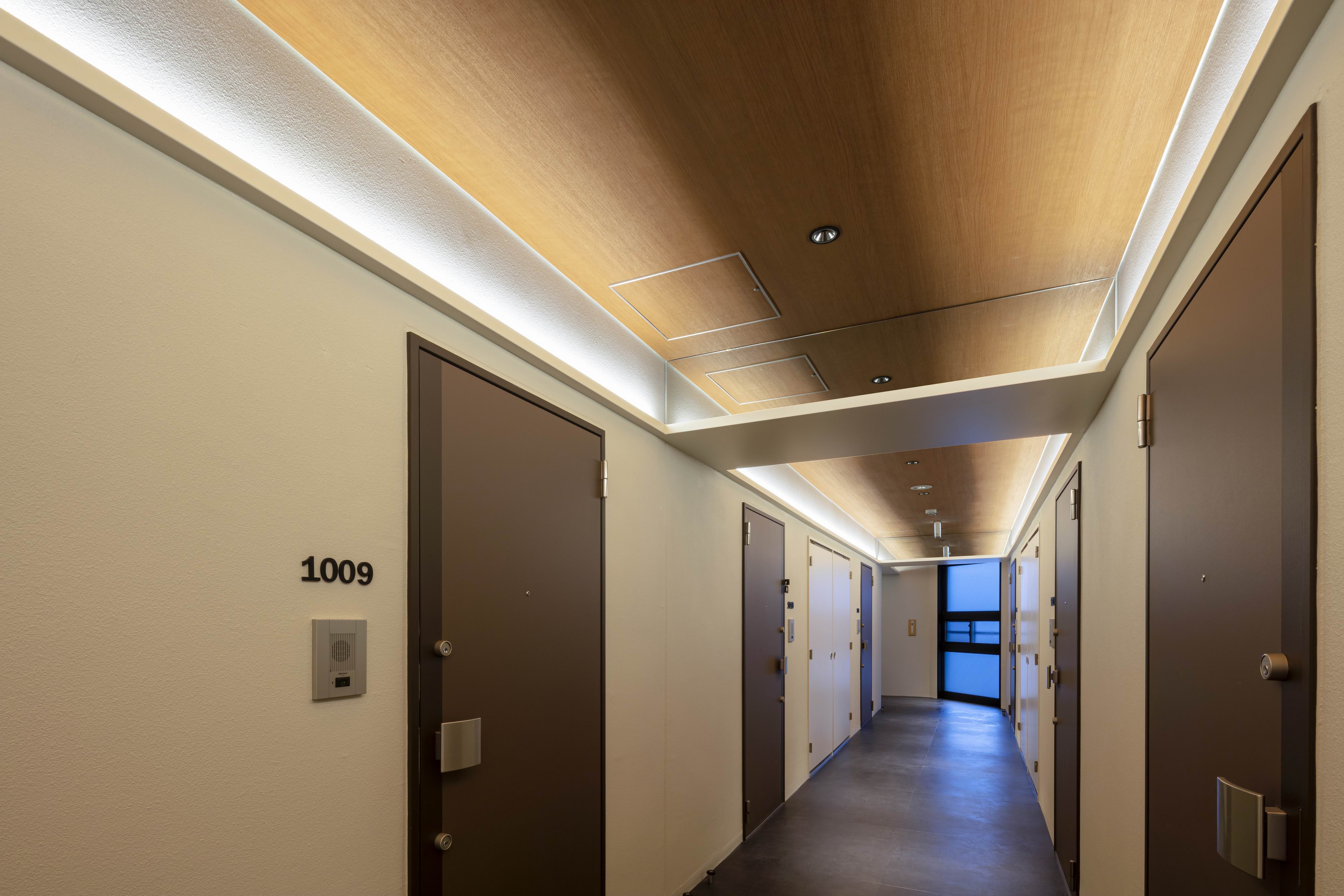 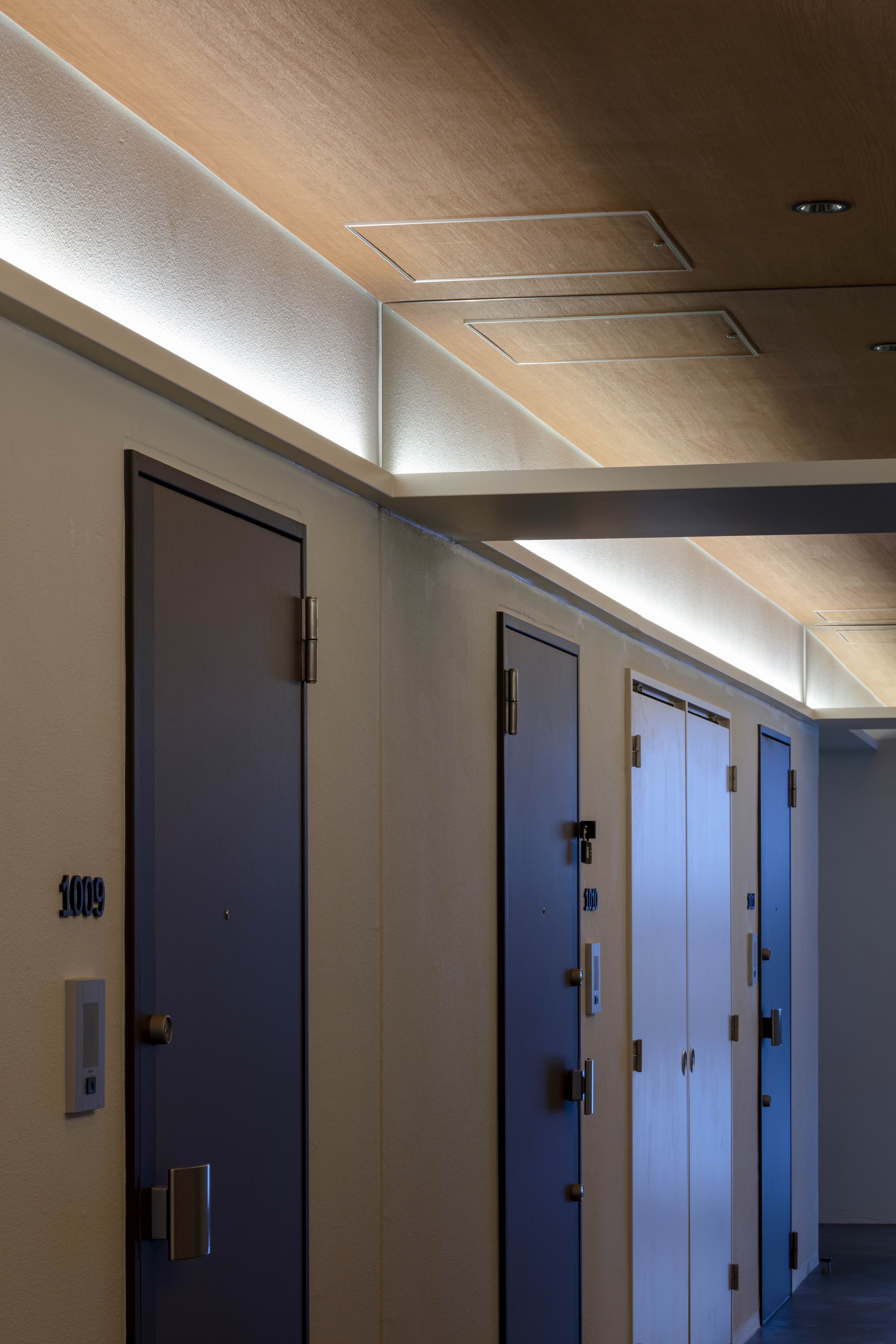 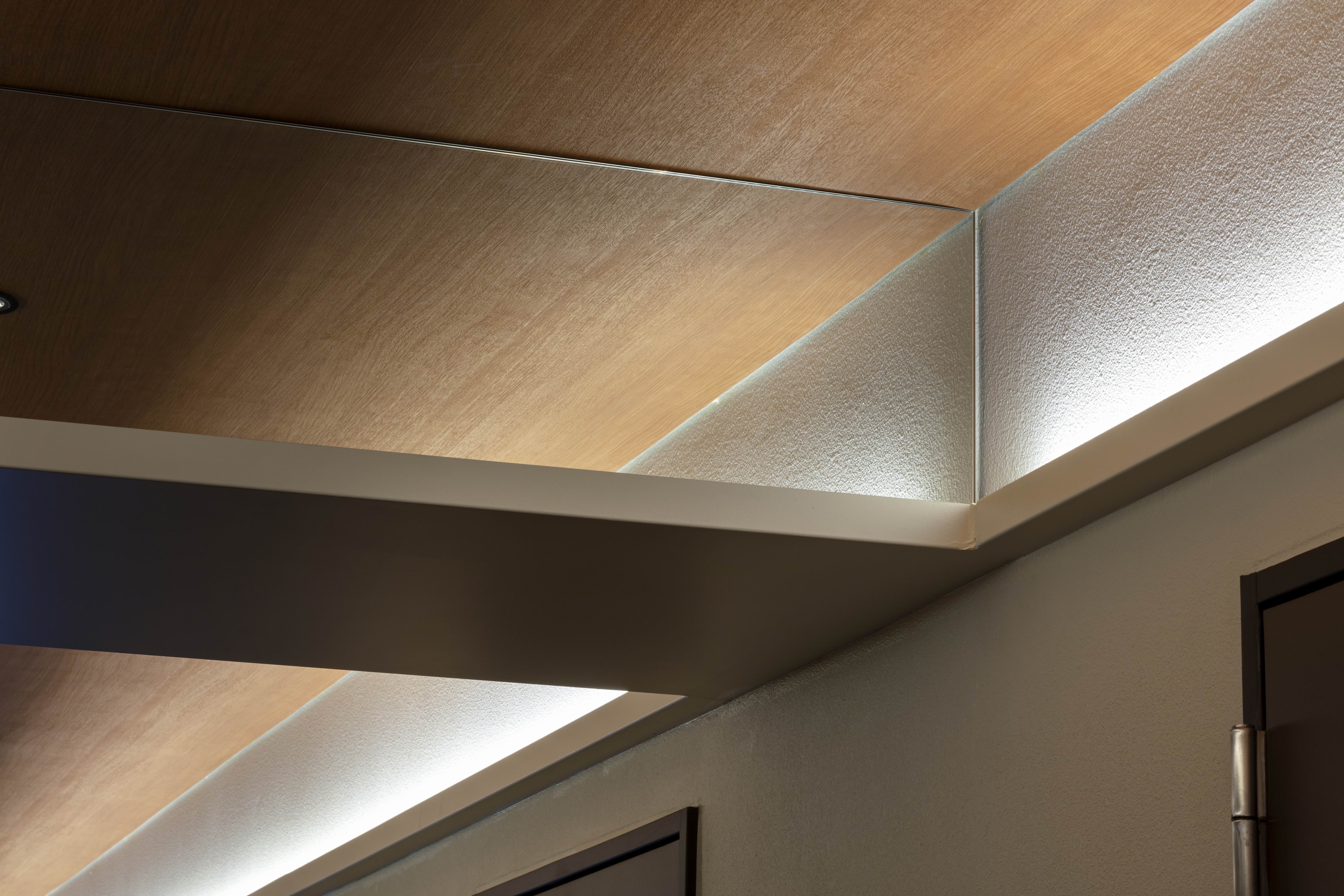 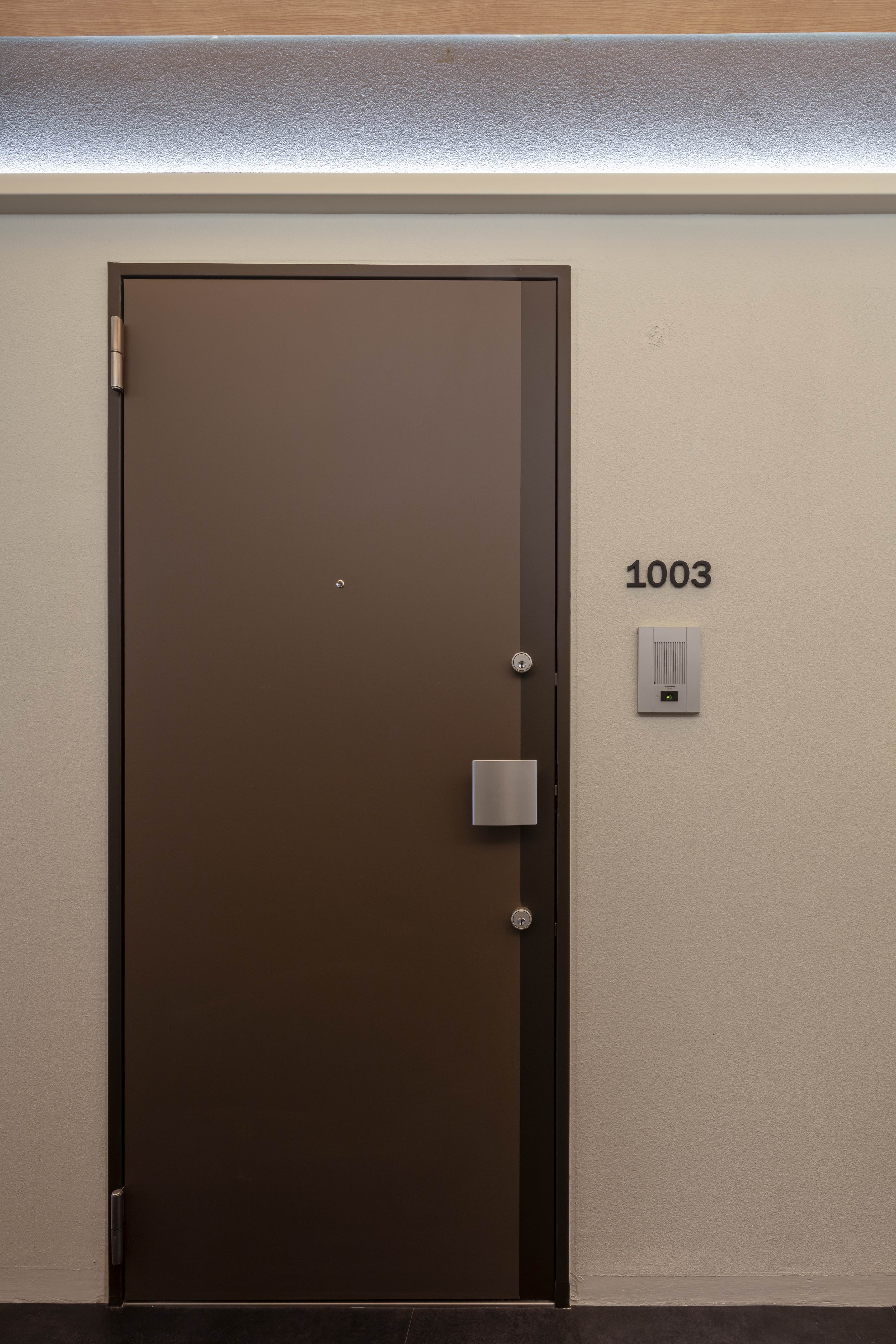 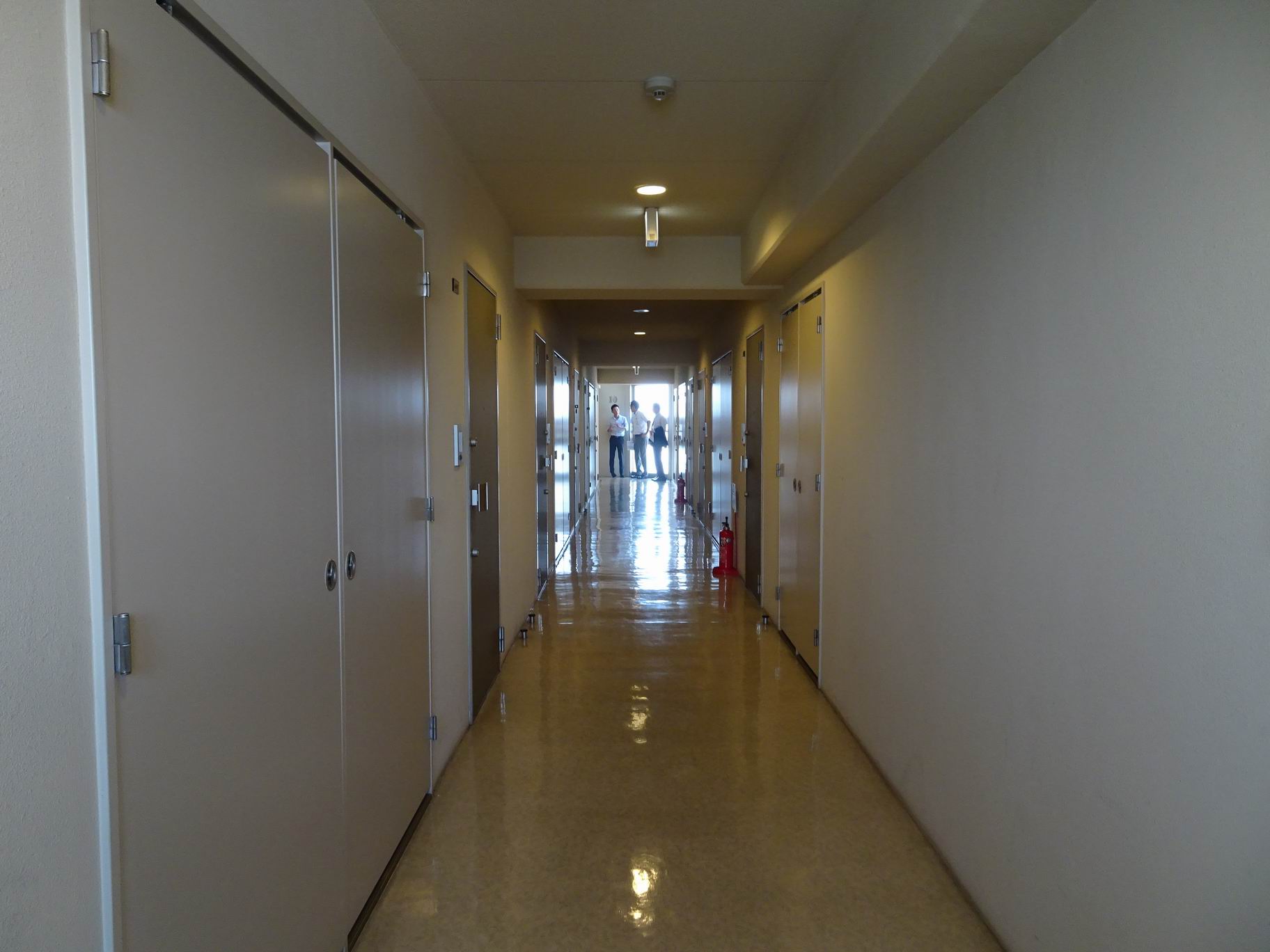 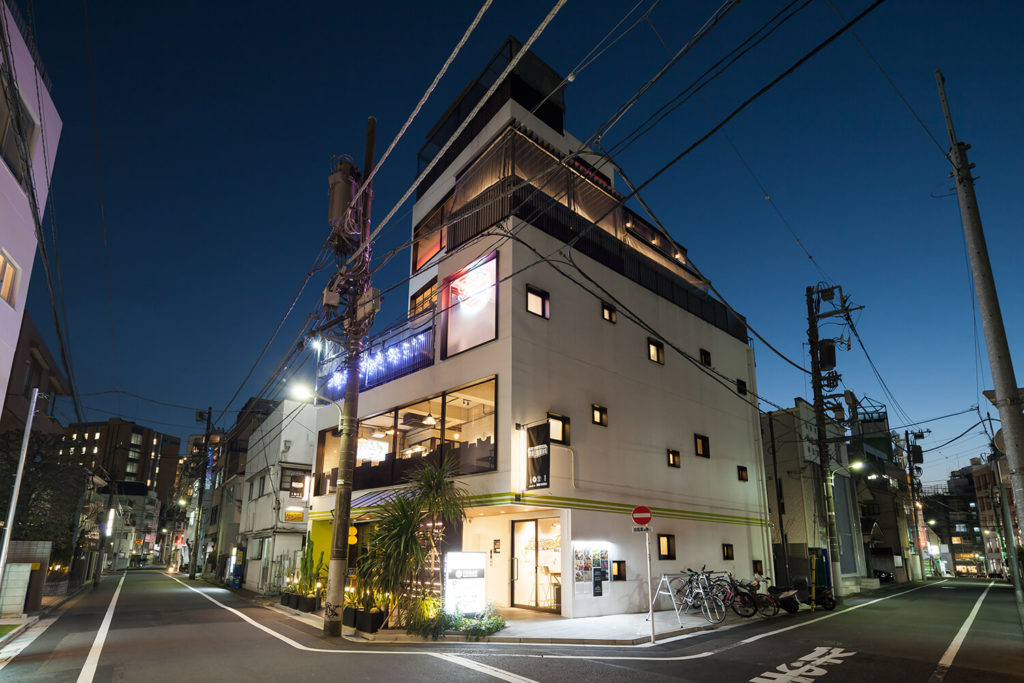 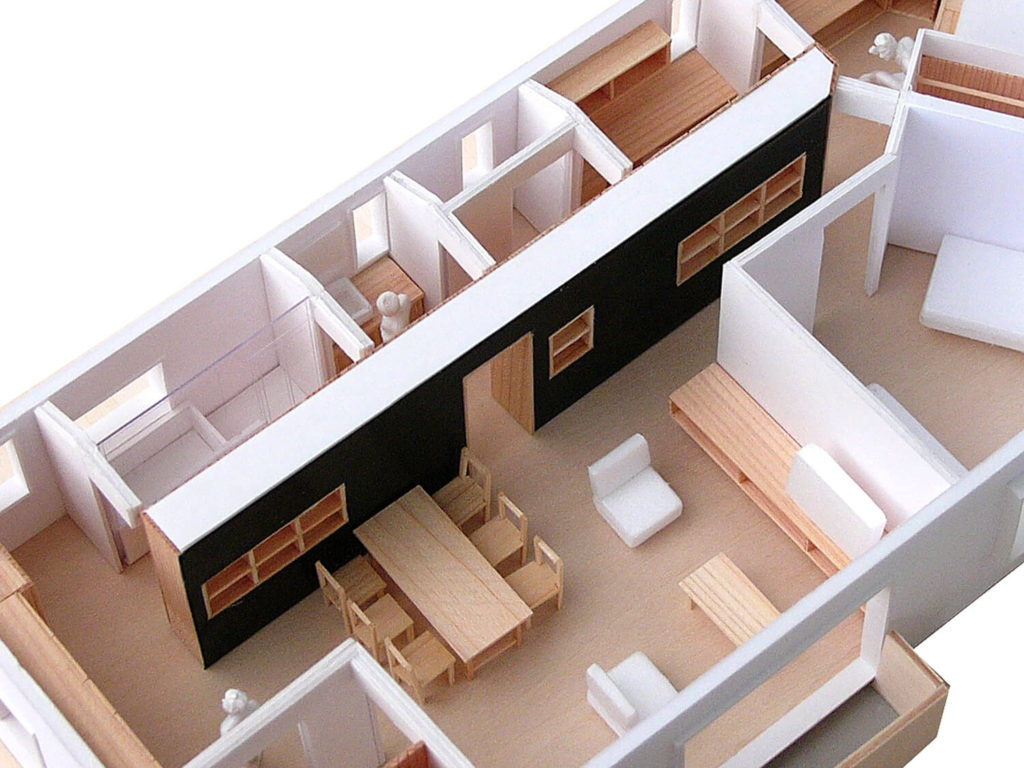 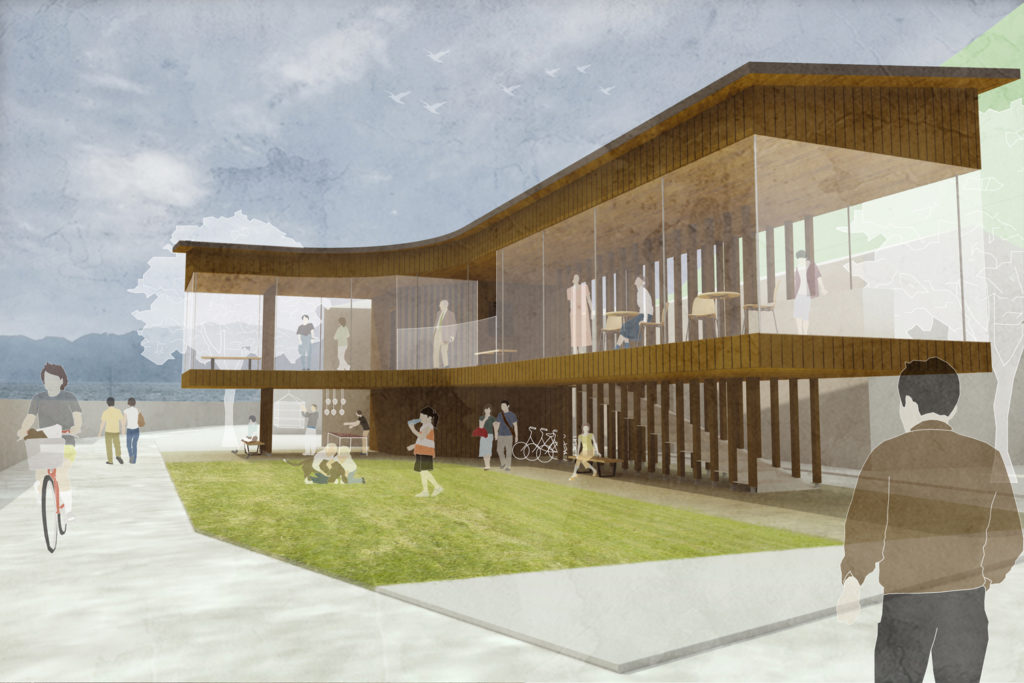